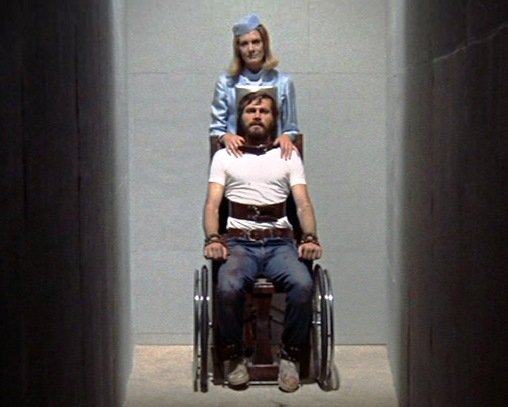 HFVC presents PARANOIA! featuring A Quiet Place In The Country

April’s HFVC presents a pair of hallucinatory descents into fantasy and psychosis. Leading the way is Elio Petri’s 1969 psychosexual mindbender ‘A Quiet Place in the Country’. Franco Nero stars as a temperamental artist racked by perverse dreams, who decides to quit the fast pace and excitement of 60s Milan and find some peace in the country. Unfortunately for him, it wasn’t the city that was culpable for his growing insanity, and alone in a country mansion he rapidly descends into a world of paranoid fantasies, obsessing over the dead nymphomaniac countess who once owned the property, convinced she wants his girlfriend killed…

Moving between moments of lush pastoral beauty and unsettling lunacy with a studied unease, ‘Quiet Place’ plays something like a Giallo with the more conventional elements blotted out - leaving behind a masterful feast of surrealist imagery and ghostly mind games. Visually stunning in beautiful Technicolour, and featuring one of Ennio Morricone’s best and most experimental scores, this rarely screened derangement of the senses demands to be more widely seen, so come and catch it on the big screen!

Our second film sees a writer uncover a sinister conspiracy while investigating the murder of his aunt in Italy, but how much of it is real, and how much his growing paranoia?