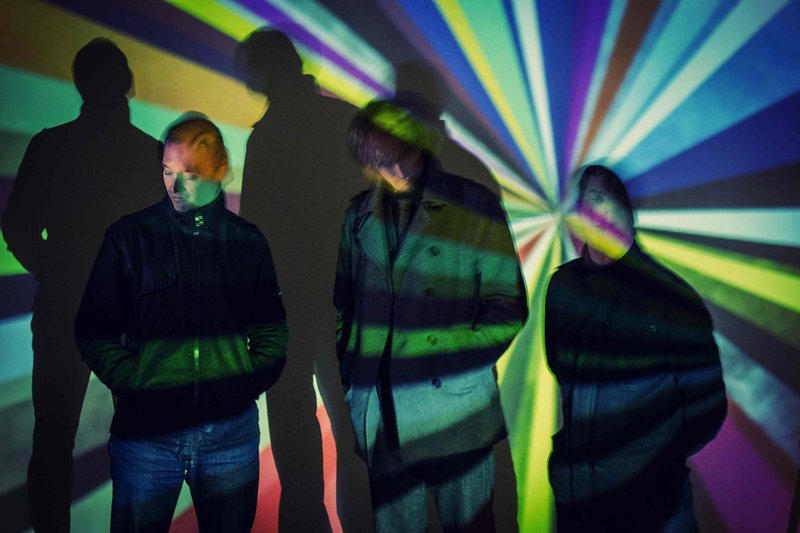 Launch pad for the début album by a new band to emanate from Bristol's jazz quarters, lift off your seats as you bear witness to seriously beautiful passages of music from the epic Michaelson Morley. For extra pleasures the evening will feature the debt show for Albert Ayler String Project whose new take on the legend's sax entwined music is something else.

Led by 'Get The Blessing' saxophonist Jake McMurchie and featuring Will Harris on bass, Mark Whitlam on drums, with special guest Dan Messore on guitar. Electronics and acoustic atmospheres reap at points gorgeously subtle, minimalist improvisations, while at times a dark, powerful and raw music sounds out of this onit band. The immersive atmosphere are always innovative, tuneful and exciting. Scientific hi-fi audio emotions writ large on The Cube's stage.

“... loose modal improvisational pieces based on insistence and evolution. It’s a mix of acoustic and electric, with McMurchie’s synth-sax and pedals and Whitlam’s fancy-pad augmented kit adding loops and language beyond the expected. Harris, standing centrally and stooped around his bass, roots much of it with single note repetitions, playing rhythm while Whitlam flourishes around his cymbals or sparks up the electrics. McMurchie coaxes, loops, stutters and wails each piece to life, giving it flavour. Now and then there’s a snappy little tune and, for one number, a surf-pop drumbeat and a wig-out bass like jazz on a 60s Californian beach.” Tony Benjamin, Venue Magazine

Start the night with the totally ter-riff-ic Albert Ayler String Project. Made up by member of the group that once haunted Bristol's night scene every blue moon but now focused solely on string power and finesse. Feat: Diana Van Loock on Violin, Julian Dale on Cello Hugh Kirkbride on Double Bass and one of the subtlest drummers in the world Roger Skerman on Percussion. The Albert Ayler Project was formed in 1991 to play the music of Albert Ayler and has numerous offshoots including The Wizard Trio/Quartet/Sextet. This latest offering address's Albert's music with strings only.Whilst the pieces performed may be familiar to Ayler enthusiasts the arrangements and application of the strings take them into different realms.