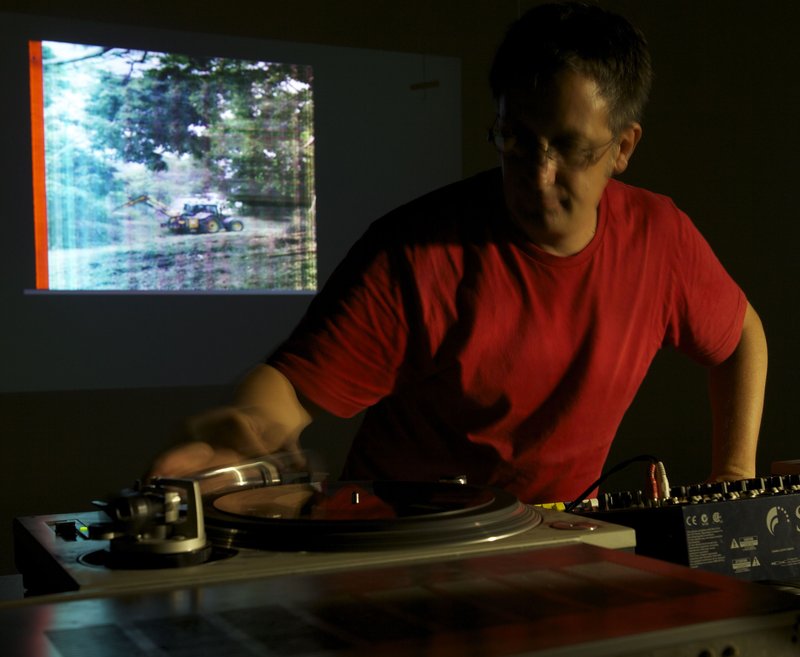 An evening of all things noisy and photographic. Adam Brown of Buncefield Records demonstrates with a live DJ performance, opening up new ways of working with photography via audio and homebrew code; cutting photographic images to vinyl disc, neither analogue nor digital, neither old nor new media, neither an art project or a commercial venture. Lathe-god Henry, of Bristol's Dub Studio, will discuss his vinyl cutting wizardry, plus we'll have H+H DJing vinyl gimmicks in the bar.

Presented in conjunction with Bristol Festival of Photography 2014.

Buncefield Records and Tapes is an independent record label which releases photographs. Buncefield stages photographic exhibitions and one-off interventions on vinyl discs, cassette tapes and other physical media. Buncefield also produces radio shows which broadcast photography, and live performances which consist of noisy attempts to DJ with images. Cutting images to disc and tape opens up new ways of working with photography - scratching, backspinning, banging the turntable with a fist or tapping with a finger creates new variations - glitchy, distorted, striated.

Buncefield Records began with the idea of cutting photographic images to vinyl disc, by first encoding them as audio files. As well as playing with ideas of music and musicality, this fixes them on permanent, durable media. The resulting discs can be played back into the 'listener's' computer via various types of homebrew code, allowing the disc to become a genuine image storage medium, just as it was back in the 80s, when computer data was stored on flexidiscs, cassette tape and broadcast over the radio by the BBC and others.