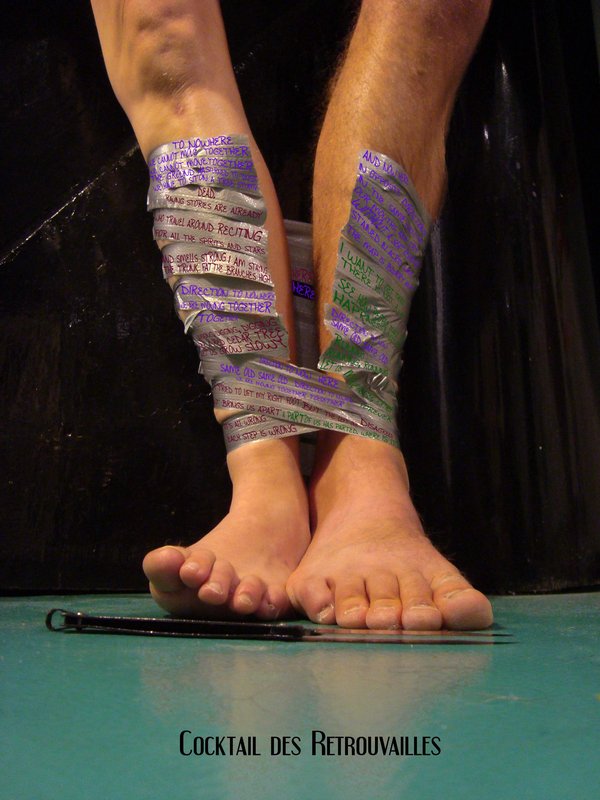 During a fallacious dinner à l'abri des regards indiscrets ("out of sight of prying eyes"), a couple attempt to discuss the evils that have consumed them: palaver, cuisine and sex are melted into sounds, rhythms, and a particular transnational sense of humour. It's a breathless, ridiculous and nasty duel in which things no longer seem to make sense and both parts get slowly destroyed.

The opera will be released in 2014 as a hand-bound and embossed libretto with accompanying CD.