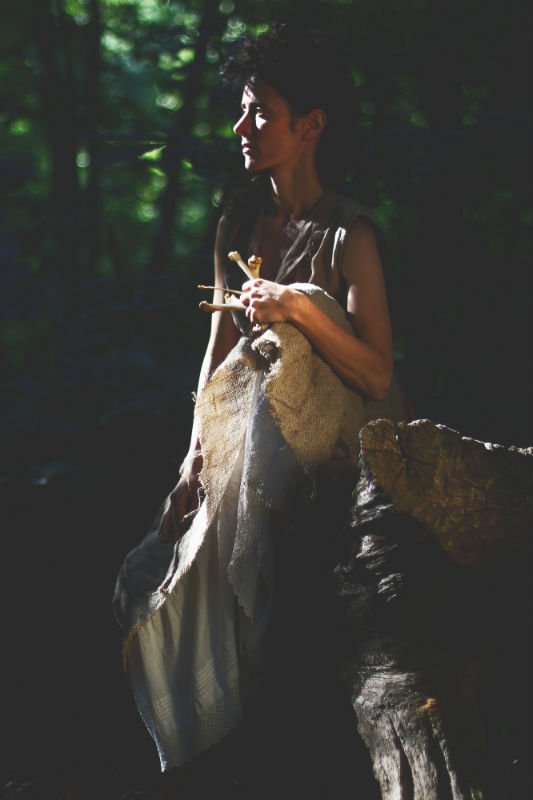 Diane Cluck is a Virginia-based singer-songwriter. Her ecstatic vocal style has been noted for its uniquely clipped, glottal beauty. She accompanies herself on instruments ranging from guitar to piano, harmonium, zither, percussion, and toy accordion, and often plays alongside cellist Isabel Castellvi.

Diane releases her seventh album, Boneset, through Important Records on 4 March 2014. It's a rich journey seeded with birds, death, wealth and poverty, boldness and heart. "Cluck's sparse compositions seem to float defiantly from some fortress the conscious self had long left behind", a reviewer from the Providence Phoenix recently wrote.

In 2012 Diane launched Song-of-the-Week: a fan-funded, subscription-based project through her website, in which she writes, records and delivers new songs to subscribers. The process helped her develop many of the songs that appear on Boneset, and continues to generate new material for her live shows and future albums.

"Diane Cluck is a virtuosic talent with an emotionality that feels at once ancient and alien. Her mastery of her voice as an ecstatic instrument is so compelling." - Antony Hegarty

"When Diane sings, I am lost in a realm of infinite possibilities. She breaks me down, she gives me chills, she makes me cry, 'This is when I love music'." - Bianca Casady (CocoRosie)

"She made me rethink my singing instincts. Diane is not just an amazing and interesting singer, she's a philosopher." - Sharon Van Etten

"Her songs have an irregular, or even cellular, logic." - Other Music

"Diane Cluck seems like more of a force of nature than a mere singer/songwriter. She is the rare archetypal artist (without ironic quotes) though whom something pure and true flows." - Brainwashed