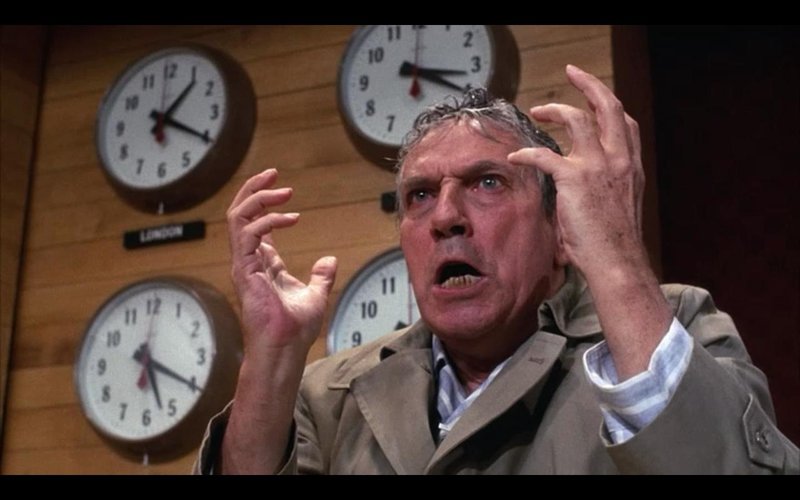 Winter has dragged on for quite long enough: we at 20th Century Cube are mad as hell and we're not gonna take it any more!

To celebrate the onset of Spring we'll be screening Sidney Lumet's celebrated Network. Featuring William Holden, Faye Dunaway and Peter Finch in Oscar-winning performances and one of THE great screenplays by Paddy Chayefsky, it's the story of one TV anchor's war on the media and pursuit of truth.

When washed-up TV news anchor Howard Beale has a series of on-air meltdowns after learning that he will lose his job, his foul-mouthed rants turn him into an unexpected ratings hit in Sidney Lumet's dark, provocative and prescient satire on the entertainment industry, headed by Paddy Chayefsky's scorching screenplay and Peter Finch's explosive lead performance.