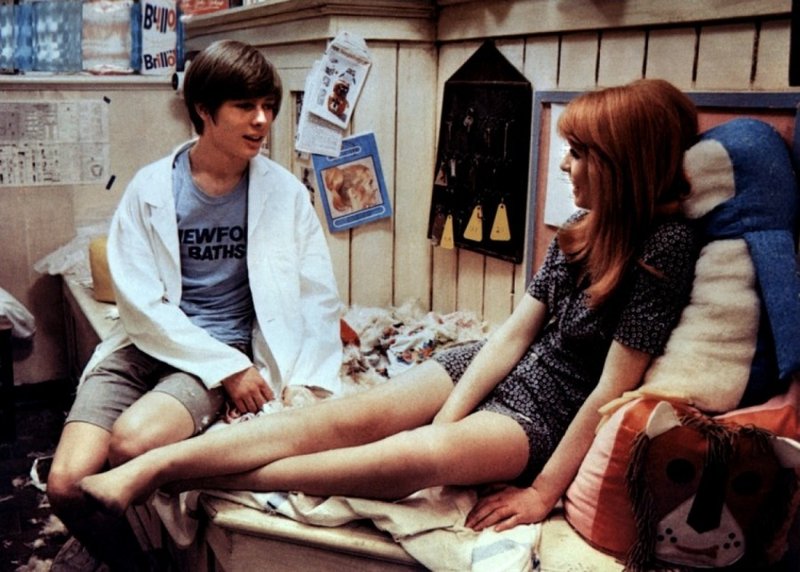 Next up in our mini swimming pool season, here’s a true UK cult classic. Lost into distribution limbo from the early eighties onwards, its cult continued to grow until it’s eventual re-appearance last year in the wake of director Skolimowki’s recent success with Essential Killing.

In his first job at run-down London swimming baths, just out of school naïf Mike (John Moulder-Brown) obsesses over his sassy and self-assured co-worker (Jane Asher) whilst collecting tips for the ‘special services’ he is expected to perform for clients (amongst them the extraordinary Diana Dors).

What really makes Deep End so memorable is director Skolimowski’s detached foreigners eye. Like his friend and collaborator Roman Polanski, his skewed take on the stiflingly drab post war culture that still persisted in much of late sixties England, and the often rather sordid realities lying just beneath its veneer, is alternately charming, playful and tragic, leaving us with a tale of teenage obsession that sticks in the mind long after.