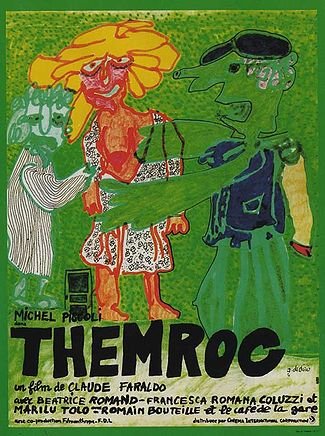 Screened as part of The Festival Of Desperation. see
http://www.desperatemen.com/?page_id=199

Soon the neighbours are copying his lead and Paris begins to resemble an X-certificate version of The Land That Time Forgot. Faraldo's statements on society's treatment of the disenfranchised, its sheep mentality and blinkered media worship may be blunt, but his anarchic film (which contains almost no discernible dialogue) is the indescribably weird and hilarious product of an acrid imagination.