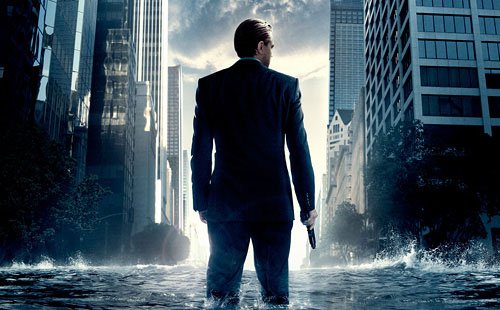 Leonardo DiCaprio plays Dom Cobb, a highly skilled Extraction Agent hired to steal corporate secrets from the subconscious minds of the rich and powerful as they dream. For this one last job though, his task is not to steal an idea, but to plant one.

Along with the team of specialists he’s enlisted to support him, Cobb plunges into dreams within dreams, descending ever deeper and darker, all the while battling formidable manifestations of their target’s psychic defences. To add to this, it becomes clear that the biggest threat they face is actually Cobb’s own hidden secrets, which increasingly threaten to undermine the entire mission.
Following his huge success reinvigorating the ‘Batman’ franchise, and echoing some of the same multi-layered narrative structures he’s previously utilised in ‘Memento’ and ‘The Prestige’, director Christopher Nolan successfully juggles yet another ambitious puzzle. ‘Inception’ is a cerebral blockbuster that’s part sci-fi action thriller, part metaphysical heist movie, and which questions the nature of reality, memory, and the power of emotions.