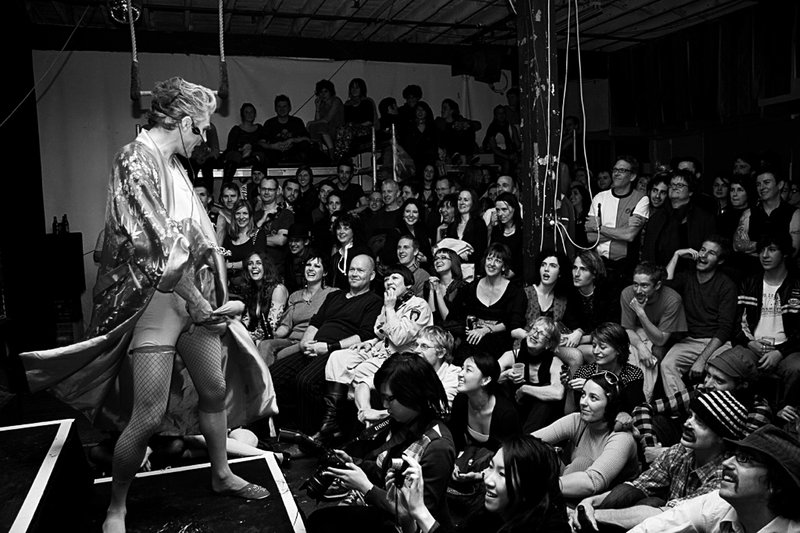 Over from Berlin and playing a full live set is Antoni Maiovvi. His music is akin to the overwhelming horror of the stalked. He has been creating
psychotronic disco for the criminally insane since 2005 having emerged from the UK's underground noise scene, here presenting retro-futurist b-movie soundtracks with the precision and flair of an Argento death sequence.

One of Brighton's best kept secrets, Jacob's Stories creates a specific blend of dark, ethereal melancholic pop music. He has extensively toured the UK and the US, and has played with the artists Scott Walker, Xiu Xiu, Oxbow, Vessels and Richard Walters.

Lanfranchi's Memorial Discotheque was Sydney’s favourite artist-run space, situated on he second level of an inner city warehouse. Lanfranchi’s doubled as a residence and unauthorised performance venue for 5 years, growing from unlikely beginnings to become what director Neil Armfield described as a ‘major strand of our city’s cultural DNA’. The decaying warehouse hosted hundreds of shows and was an accessible starting point for Sydney’s emerging performers, artists and musicians. That is, until property development gets in the way and Lanfranchi’s residents are given 60 days to vacate the building. The story of Lanfranchi’s is told through ex-residents such as Lucas Abela (Justice Yeldham) and David Harris (Toecutter).

Dagger Brothers will be DJ'ing in the bar, and maybe even performing... Also stalls selling art work in various mediums by Gary Burgerlips, Christopher! and African Apparel.