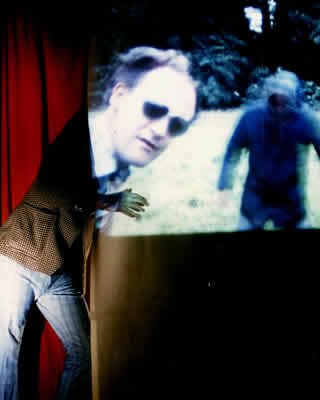 A Night Of Desperation

(Sat 16th Oct / Doors open 6pm / £5 - Limited number of tickets on door)
Marking the 30th anniversary of Bristol’s acclaimed Street Theatre & Performance Company, The Desperate Men, Cube welcomes you to an evening program themed around ‘Celebrating The Art of Desperation: - Tragedy, Comedy, Comic Tragedy and Tragic Comedy’ all rolled into a meaningful mix of entertainment. With contributions from

Purveyors of multi media theatre showing ‘Boxmanship’ and other short films talking about the desperation of film making and other related ramblings, hosted and performed by the legendary Timmy Brittoni.

Set in a dark and ambiguous city, two performing clowns Emmett and Ernie have hit rock bottom. Chucked from the Klandyke, a prestigious club in the heart of a deep mist, Ernie has kicked off again and Emmett has had it up to his eyeballs. Incapable of distinguishing the line between clowning and reality, screwing up shows has become a regular occurrence. Could this be the end of their epic 20 year relationship?
Starring Dik Downey, Jamie Waite and Philip Herbert

A selection of short videos specially selected by The Men themselves delving into 30 years of nostalgia, performance development, touring, ups downs and bumps in the night.

The Desperate Men are an internationally recognized street theatre company based in Bristol who have been active since 1980.