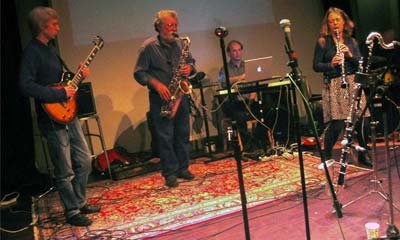 Blink and you'll miss it: two bands from Bristol's 80's free improv underground arts movement play the Cube! Once part of a little-documented movement in our city, these shadowy entities disseminated veiled invites and publicity to an unsuspecting public (sometimes warning the public to stay away), detailing happenings at underground galleries like the Shed or The Myriad Gallery, situated in a St. Paul's basement flat.