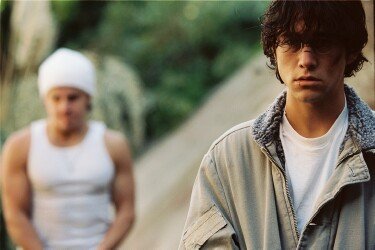 Coming on as a cross between Ferris Bueller and the Big Sleep, this smart and witty reinvention of the high school comedy as a film noir has a lot more substance than it's parodic pretentions might first suggest. Beneath the veneer of its cooler-than-thou film school swagger lies a razor sharp dissection of human social relations and presents a cynical and nihilistic look at modern friendships and social values. It may not be the first film to use the American High School as a metaphor for society, but it's certainly one of the best. This year's Twin Peaks? Just maybe.... only this time with the Velvet Underground for company!