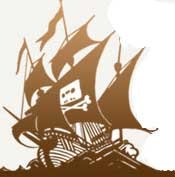 Bristol Indymedia Film Night: Anti-Hollywood, Steal This Film! (Part One) [Mon 4th 2006 / 7.30pm / £4/3 though nobody turned away for lack of funds.]
Welcome to the media revolution! The most powerful change to media
since the printing press is happening now. Millions of people
worldwide are engaged in what some describe as civil disobedience,
while others describe it as theft! What they are doing is simply
sharing files – music, videos, software – so much so that it is
estimated that over 60% of all Internet traffic is file-sharing. A
group of friends gathered together to make a film about this
underground anti-copyright revolution, focusing on the authorities
(unsuccessful) attempts to shut down a file-share website, The Pirate Bay, this film asks a lot of questions about the future of creativity, about how media control works (e.g. how it manages to convince us
about the need for constant War, or at least placate us while it's
happening) and about whether, and how, the types of organisation being worked on now working on together can serve us better.

And part two? That's the interesting part, you've invited to help out with part two
http://stealthisfilm.wikidot.com/things-you-can-help-with ...Bristol Indymedia will be helping out by donating a percentage of Monday's
take to the production of part two...