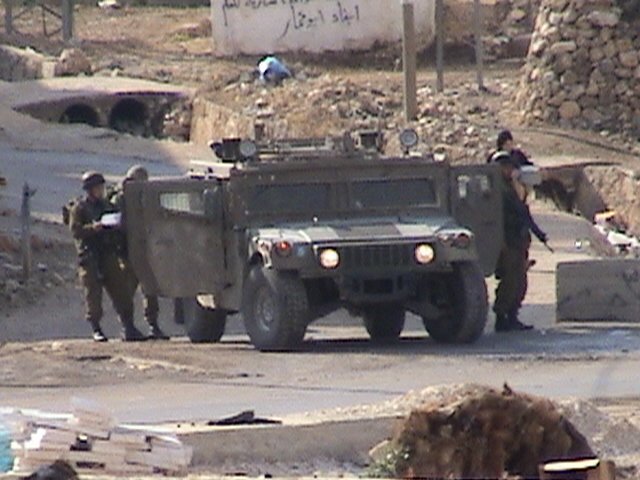 Bristol Indymedia Film Premiere: Our Sufferings in this Land

Bristol Indymedia is pleased to screen the first ever showing of a the first feature length documentary by Bristol activist and filmmaker Ed Hill. Ed visited Palestine on a two week Olive Harvest trip orgainsed by Zaytoun (the UK cooperative that imports Palestinian olive oil) and the International Women’s Peace Service, back in November 2005. He also
visited an Orphanage in the northern town of Tulkarm to deliver money raised by the
Bristol PSC group.

Using a pocket video camera he has recorded his experiences and his film aims to present a complete explanation of the history, politics,
geography, and culture of Palestine. It dramatically explains the
construction of the Separation Wall/Fence, the checkpoints, the
Apartheid system of passes, separate road networks, the continual
military oppression and the creeping ethnic-cleansing, together with the spirited culture and resistance of a brave people. Through interviews with farmers, teachers, activists, and ordinary people, woven together with the story of the trip Ed gives us a personal view of Palestine and seeks understanding of world politics. His message is clear - that
everyone has the power to make a difference.