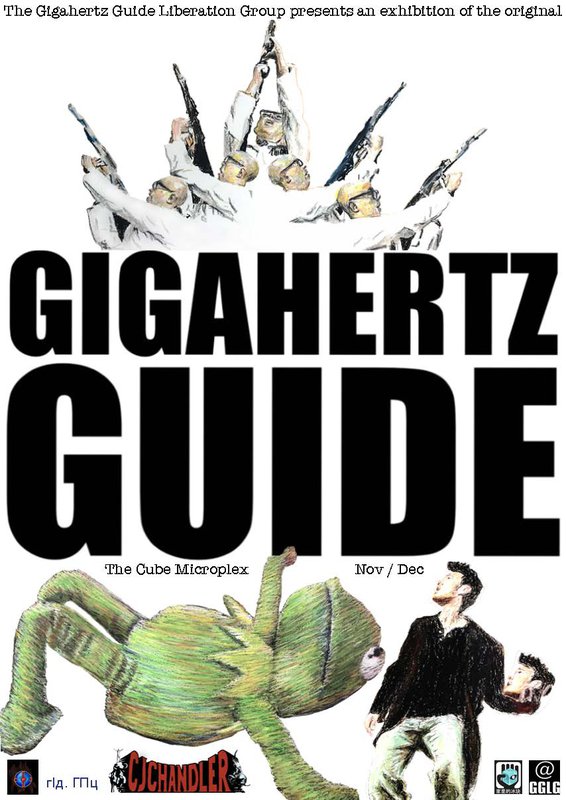 The Gigahertz Guide Liberation Group presents an exhibition of the original

Regular visitors to The Cube Microplex may have made themselves familiar with a change of decor of late. This has been installed temporarily by the Gigahertz Guide Liberation Group.

The GGLG claim the work, which must officially and legally be credited to Bristol-based artist & illustrator CJ Chandler, was created by unknown technologies and since hidden by conspiring international governments. The group also insist the images were made BEFORE the social anomalies and scandals of the celebrity archetypes depicted even existed in the public eye.

The GGLG have liberated multiples of the works and intend to show them at a grassroots level to promote discussion of their intended and actual purpose in a post fake news culture. What appears to be posters for some lost Cinema industry, where the surreal and nonsense collide, create an alternate displacing reality within the Cube's environs. CJ Chandler, however, states only that they are the product of a dreamlike process and “convey, on divergent levels, conditions desiderate to see.”

Who do you (want to) believe?

A launch event will take pace at The Cube on 30th November at 5.55pm

Bluescreen will follow the exhibition at 7.30, standard Cube time.