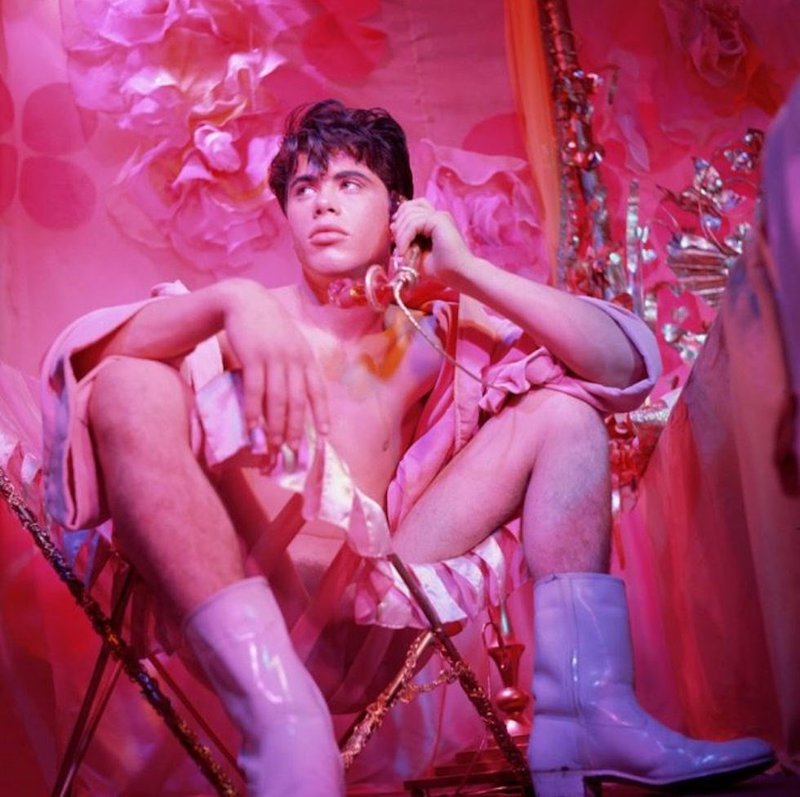 Shrouded in mystery following its 1971 release Pink Narcissus was falsely attributed to a number of filmmakers (including Kenneth Anger and Andy Warhol) until it was rediscovered in the 1980s and revealed as the work of just one man, James Bidgood, who spent seven years making it mainly shooting in his own apartment on 8mm film.

Opulent and gaudy, dazzling in its good and bad taste, Pink Narcissus is a surreal, Genet- inspired adventure and a must for queers and cinephiles.

Buoys Buoys Buoys is a Swansea-born bard on a mission to build joyous spectacles. Examining the intersection of working class Welsh folk culture, magic, and queer masculinity, he’s drawing from the carnivalesque and camp; retelling mythologies through music and public play.