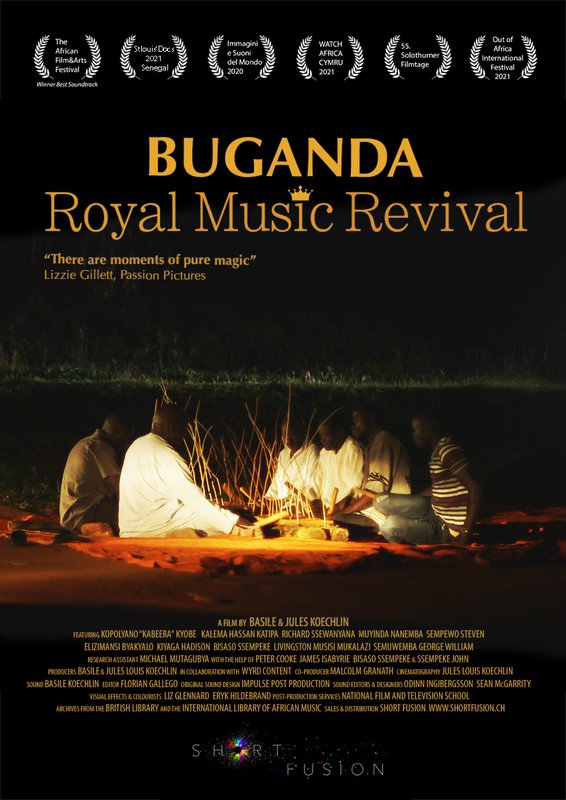 From its founding in the late 14th century, the kingdom of Buganda has nurtured a rich musical tradition in its royal court. The instrumentation includes massed drum ensembles, sets of tuned drums, the large akadinda xylophone played by half a dozen or so players as the same time, hand-made gourd trumpets, a buzzing lyre, and flutes.

In recent years the tradition has been difficult to maintain, as the kingdom was abolished 1966 by anti-colonial forces after Uganda became independent in 1962. Royal musicians fled or were killed. Scattered across the kingdom, a motivated team of older veterans and attentive younger players are keeping the tradition alive.

In Buganda Royal Music Revival, the directors allow the musicians to tell their stories and unite them for a concert in front of the current king, who heads a partially revived kingdom. The soundtrack to the film was released by Nyege Nyege Tapes in 2021.

The screening will be followed by a discussion between Wire writer Francis Gooding and one of the two brothers who directed the film, Jules Louis Koechlin.

The afternoon will finish with a pre-recorded performance by Ugandan musician Albert Bisaso Sempeke recorded in South Africa.

Albert Bisaso Sempeke is a virtuoso of Ugandan traditional instrumental music. His father played traditional music at the Bugandan royal court from an early age and Albert junior continues to be called to play for the current royal court. Albert teaches traditional music in elementary and secondary schools in Kampala, runs the Buganda Music Ensemble and has recorded with Bela Fleck and Jesse Hacket (as Enanga Vision).

Jules Louis Koechlin studied Cinematography at the Institut des Arts de Diffusion in Belgium and graduated at the National Film and TV School in the UK.

Francis Gooding writes for The Wire and London Review Of Books and worked as a researcher and author on the Colonial Film: Images of the British Empire project.