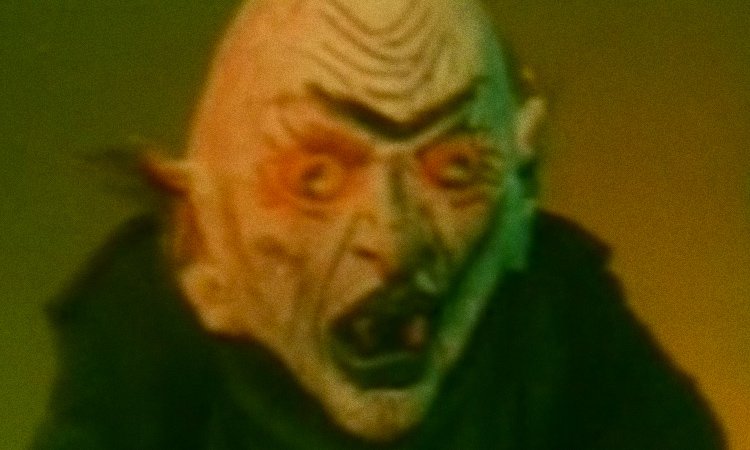 After a somewhat longer than intended hiatus, Hellfire Video Club are back! Much time has been lost, so we’re jumping straight back in at the deep end with a spectacularly zonked feverdream of a film from the bowels of Bollywood. And we don’t use the word bowels lightly.

Thakur is a grotesque, murderous father who regularly joins forces with his equally vile and villainous son to boast about their latest crimes, which mostly seem to involve running people over in their jeeps. Like many psychopaths the world over, this narcissistic pair consider themselves above reproach, but alas! They are mistaken! Satan himself has been observing Thakur, and he is not impressed. He soon unleashes a witch containing the spirits of murdered women to seduce the evil patriarch. The baby born of their coupling will then wreak revenge on Thakur and co. For it is the SON OF DRACULA!

SOD may well be a zero budget DIY vanity project from veteran Bollywood actor Joginder, attempting to emulate the epic (and already pretty whacked out) Bollywood horrors of the 80s and 90s. But it’s hard to tell for sure. This film can’t even decide when it was made (we'd estimate 80s or 90s rather than the various noughties dates claimed online), so you would be correct to expect confusion. A whole vat of it. What you get is a riot of jarring tonal shifts, absurd dialogue, rubber masked ‘demons’ and ultra-cheap but beautifully psychedelic optical effects - climaxing in a blizzard of lunacy, which may well MELT YOUR BRAIN.

SON OF DRACULA has nothing whatsoever to do with vampires. Or reality for that matter. It happily exists in its own deranged universe, waiting for you to drop by and sample its lysergic delicacies. So come and dive into the depths.

NOTE: Afraid we are a world away from 4K digital restoration here. Visually this film looks like it's been buried underground for a few decades. So bring your lowest-fi eyes and keep your migraine meds handy!