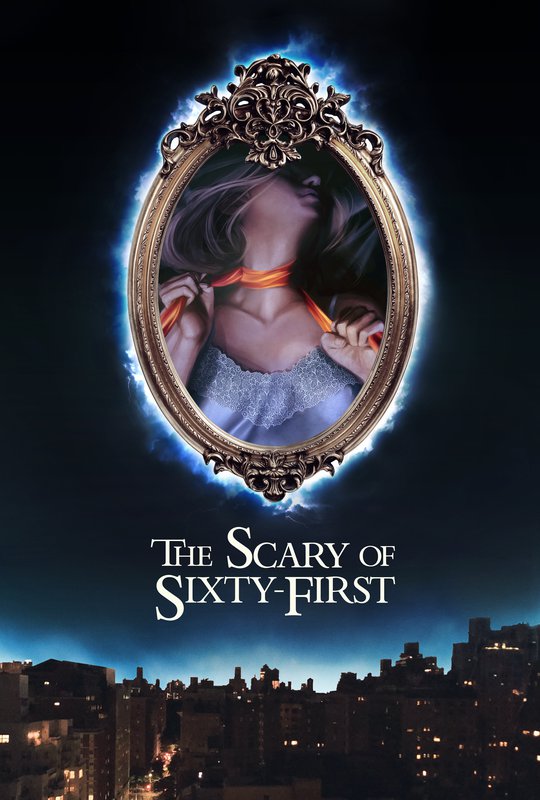 The Scary of Sixty-First

While out apartment hunting, college pals Noelle and Addie stumble upon the deal of a lifetime: a posh duplex on Manhattan's Upper East Side. But soon after moving in, a more sinister picture of the apartment emerges when a mysterious woman arrives and claims the property used to belong to the infamous and recently-deceased Jeffrey Epstein.

With this news, Noelle becomes obsessed with the visitor—to the point of infatuation. As the pair plunge deeper into the conspiracies of the Epstein case, Addie falls into her own bizarre state: a pseudo-possession complete with inexplicable fits of age-regressed sexual mania. As they peel back on these strange occurrences, the truth reveals itself to be more twisted than they could have ever imagined.

"Dasha Nekrasova's debut has knives out for Jeffrey Epstein, the royal family and any delicate viewer sensibilities, but is funny and angry enough to get away with it" Variety

"this is a film (and filmmaker) who clearly has no desire whatsoever to churn out a politely spooky morality tale to appeal to the broadest common denominator, and the film is all the better for it." Alliance of Women Film Journalists

We loved this film when we caught it at this year's Berlinale and are super thrilled to bring it to the Cube. The film's writer/director and actor Dasha Nekrasova says "An early development and guiding principle of Scary was that it would be a love letter to Kubrick. Formally, Scary draws influence from the psychological horror of Polanski, the conventions and camp of Giallo movies, and the sensibilities of New York independent filmmaking. However, I felt Kubrick understood something profound about power and it’s brutal machinations, and sought to honor his wise and wary world view. The Scary of Sixty-First” is about the world’s worst secret and the futility of discovering it."

Or watch a short film that explains the Cube Covid approach https://video.cubecinema.com/play/144