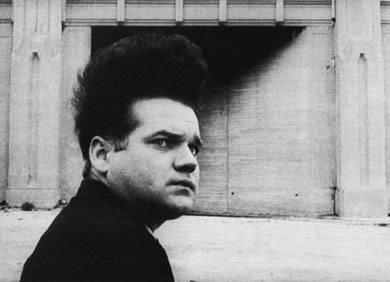 David Lynch's first feature is a dreamy, absurdist horror story staring JACK NANCE as Henry, a man whose simple life is turned on its head when his girlfriend announces she is pregnant. A series of dark events and encounters (including flapping bonsai roast chickens and a girl who lives in a radiator) help drive our hero into distress and darkness, evoking many images and moods that would be echoed in all of the directors' subsequent work, including all the quirky, comic undertones that he is known and loved for.

Grainy black and white film captures an inspired use of light and shade- making the best of the productions meager budget, and a droning, industrial soundtrack- that must be experienced at the cinema to be fully appreciated- all helped to render this film a highly influential cult classic. Do not miss this opportunity to catch this midnight movie as it was meant to be seen!