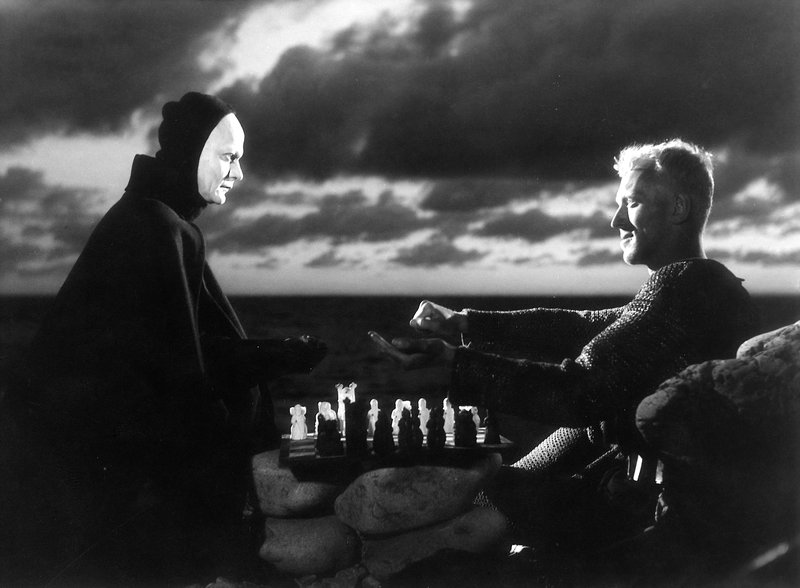 Ingmar Bergman’s Seventh Seal proved that essential philosophical and human issues could be explored on film and still reach a wide audience. At first glance, the film would appear insufferable. It is set in the Middle Ages at a time when the plague was ravaging Europe, orthodox religion was locked in the battle with paganism and the disillusionment brought about by the Crusades, and it describes a knight’s doomed attempt to forestall death.

"Yet nearly everyone who sees The Seventh Seal emerges stunned and thrilled by its visual splendors, and inspired by one or other of the major characters." The Criterion

"It is a work of art that grabs the audience by the lapels, believers and unbelievers alike, and demands not answers, exactly, but an acknowledgement that this is the most important question, the only question: why does anything exist at all?" Peter Bradshaw, The Guardian

Film will be followed by a discussion on its themes and their philosophical relevance.