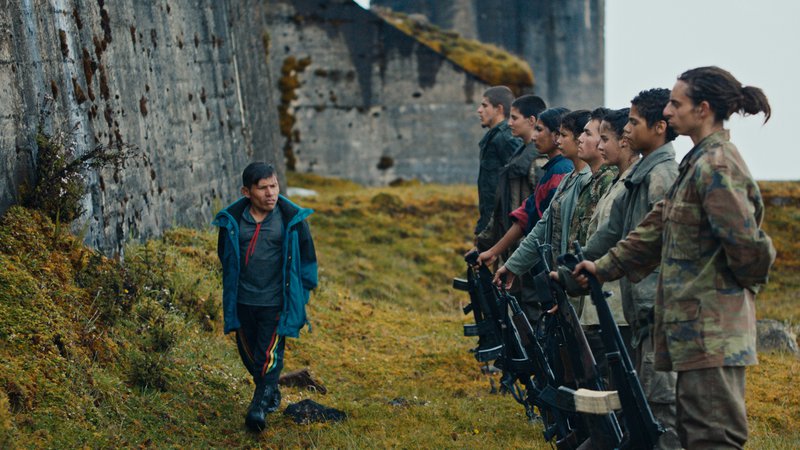 Alejandro Landes' breathtaking third feature is a survivalist saga set on a remote mountain in Latin America. A group of young commandos keep watch over an American hostage but when an ambush drives the squadron into the jungle, both the mission and the intricate bonds of the group begin to disintegrate.

Order descends into chaos and within Monos the strong begin to prey on the weak. Featuring a rapturous score by Mica Levi (Under the Skin), this vivid, cautionary fever-dream examines the chaos and absurdity of war from the unique perspective of adolescence in a way that feels wholly original.

Monos, which won a Special Jury Award at Sundance, is sure to be one of the most hotly debated films of 2019—one critic called it “Apocalypse Now on shrooms.”

This film contains a sequence of flashing lights which might affect customers who are susceptible to photosensitive epilepsy.