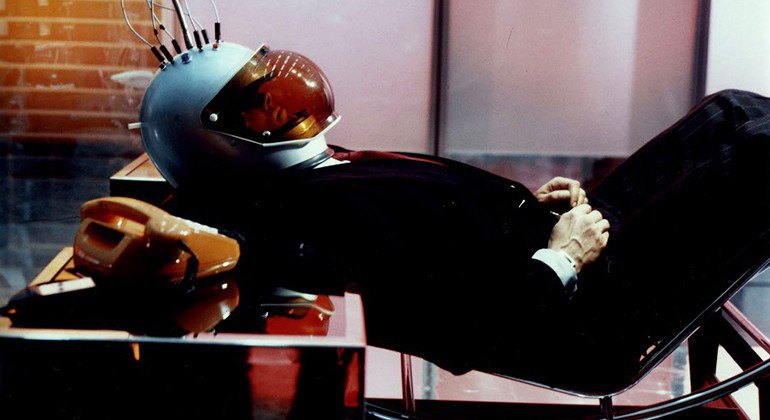 World on a Wire

World on a Wire is a gloriously paranoid, boundlessly inventive take on the future from German wunderkind Rainer Werner Fassbinder. Originally made for German television, this recently rediscovered, three-and-a-half-hour labyrinth is a satiric and surreal look at the world of tomorrow from one of cinema’s kinkiest geniuses.

Simulacron 1 is a highly advanced project, designed to elevate conventional computer technology to a new level by creating a virtual reality inhabited by computer-generated people or 'identity units'. When the head of the project dies mysteriously after showing signs of mental disturbance, Dr Stiller becomes his successor. As he begins to probe deeper into Simulacron, the line between the real and virtual world becomes increasingly blurred and his own existence is questioned.

World on a Wire is an extraordinary work—prescient, fluid, eccentric, and as wildly compelling as any of Fassbinder’s other masterworks. Made a quarter-century before The Matrix (1999), which touches on similar issues and screens later this evening.