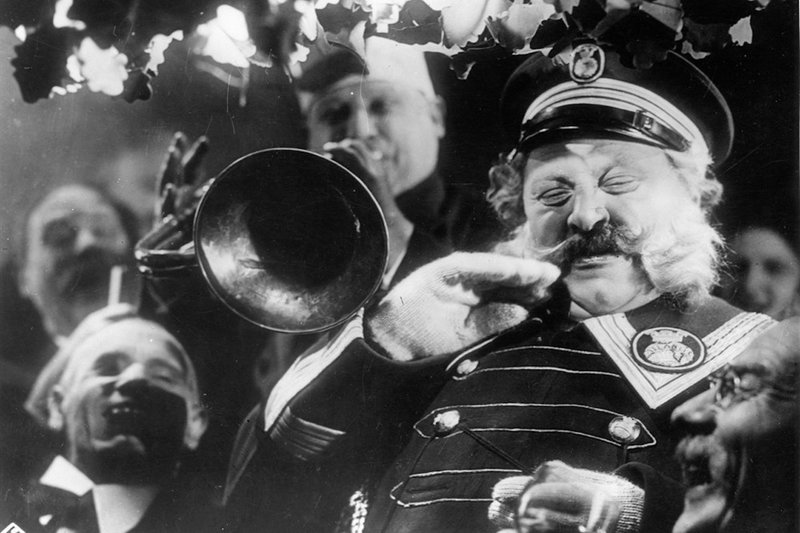 A landmark work in in the silent era, F. W. Muranu’s Der Letzte Mann (The Last Laugh) is one of the most notable artworks to arise from the Weimar Republic and is in fact, classed as one greatest achievements in the history of cinema.

Starring Emil Jannings (Faust, The Last Command, The Blue Angel) stars as an ageing doorman whose happiness crumbles when he is relieved of the duties and uniform which had, for years, been the foundation of his happiness and pride. Through Jannings’s colossal performance, The Last Laugh becomes more than the plight of a single doorman, but a mournful dramatization of the frustration and anguish of the universal working class and how one individual is lost in the modern cityscape of the early 20th Century.

As the watershed entry in F. W. Murnau's (Nosferatu) work, its influence can be detected in such later masterpieces as Faust and Sunrise and in the films of the same Hollywood dream-factory that would offer him a contract shortly after The Last Laugh’s release.

Live piano accompaniment by John Sweeney and special intro by Dr Peter Walsh (South West Silents). With special thanks to Friedrich-Wilhelm-Murnau-Stiftung and the BFI.

This special screening is the first of a series of events in collaboration with Bristol Festival of Ideas, South West Silents, Cube Cinema, Curzon Cinema and Arts and Watershed celebrating the films of the Weimar Republic as well as the ‘City and Silent Film’. These two seasons run through September, October and November 2019 as part of the Festival of the Future City 2019. More information on the South West Silents website.