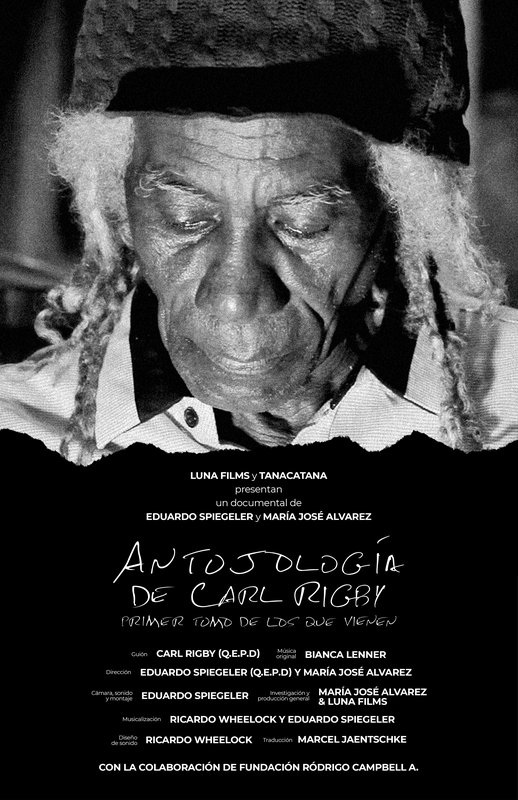 + Q and A with director María José Álvarez

Carl Rigby Moses (1945 - 2017) is considered one of the pioneers of the NiCaribbean spoken word poetry. His poetic work incorporates performative elements, oscillating between social commentary and a critical dialogue with the Afro-descendant tradition of Central America. In more than half a century of intellectual work he produced a proliferative literary work scattered among unpublished poetry books, songs, tongue-twisters, and a “Palabrario” (word index) that included the various neologisms created by the poet, in addition to what he called “versions”: poetic pieces that were memorized in order to be recited with variations. Some of his poems were compiled in important literary anthologies and cultural supplements. He will be remembered as a Vital Poet who assumed an enormous commitment with the NiCaribbean culture and history.

The film is the product of two years of conversations, poems, monologues and performances recorded at his home, studio, or during our strolls through the Old Managua or his native, Pearl Lagoon, in Nicaragua’s South Caribbean. An attempt to capture and recover the unique discourse of this creator of words,
sounds and concepts.

Delving into Rigby’s poetry, reveals to us the wondrous voice of someone who, we feel, must be known and remembered for making his life a poetic existence.

The director María José Álvarez stands out as visual arts visual professional: film, photography and video. He did university studies in England, United State and Cuba. Her professional work is a result of her studies in philosophy, art history, image theory, film and screenplay production. She is director and film producer, documentary photographer and screenwriter for documentary film. In 1980, she founded in partnership with other colleagues the Nicaraguan Film Institute (INCINE). She is also member of the Nicaraguan Film Association (Asociación Nicaragüense de Cinematografía, ANCI). The filmmaker was founder of the bilingual publication Sunrise and the first regional television channel, the Bluefields, TV 9, developing both projects in the Atlantic Region Autonomy Context.