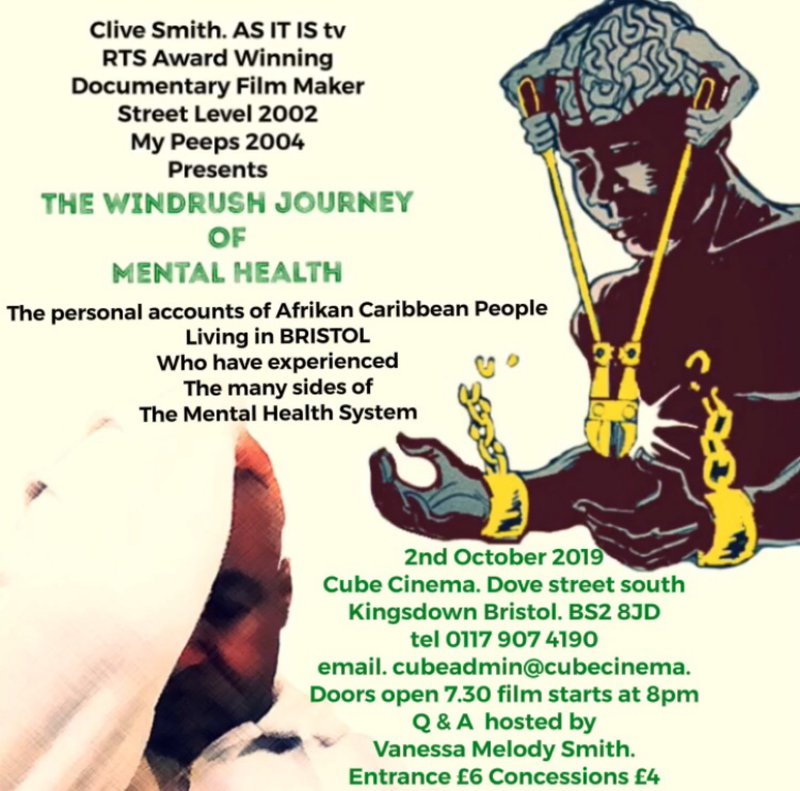 Clive Smith / AS IT IS tv presents

The Windrush Journey Of Mental Health

A film documenting the personal accounts of Africa Caribbean people living in Bristol who have experienced the many sides of the mental health system.

There will be a Q&A after the film hosted by Vanessa Melody Smith.