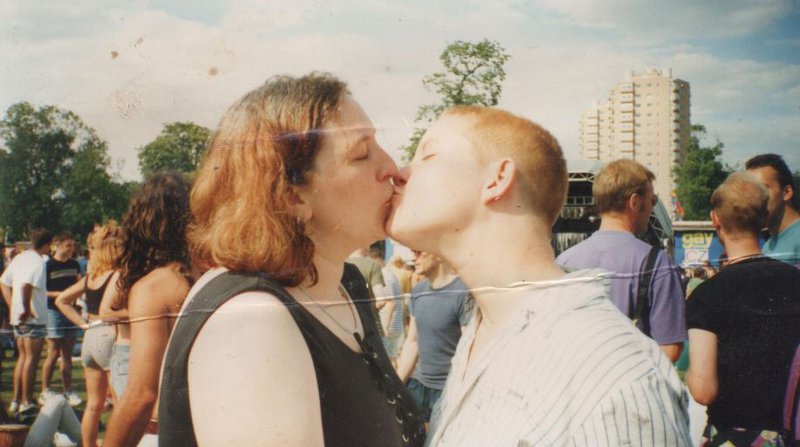 A Deal With the Universe

(plus Q&A with Jason Barker)

This autobiographical documentary, a feature début from Jason Barker, charts Jason and his partner Tracey’s lives for 15 years through gender transition to a very different kind of pregnancy. The film is made up entirely of personal archive and home video footage shot by the couple and tells the fascinating story behind their journey to parenthood and the struggles and set backs they face that ultimately lead them to radically rethink their plans.

In 2010, former BFI Flare programmer Jason Barker took to the stage sporting a rather impressive baby bump. But while Jason’s pregnant trans male body was a thing of true beauty, beneath the bump was a much bigger story dating back many years. In his début film, assembled entirely from home video footage which he and his partner Tracey shot over the course of a decade, Barker tells the fascinating story behind their journey to conceive. Charting the early days of the couple’s relationship and their struggles to get pregnant, we witness a series of setbacks that led the pair to radically re-think their plans and take a road far less anticipated. Told with absolute candour and disarming honesty, Barker’s extraordinarily intimate and profoundly moving documentary details the tragedies and triumphs this irrepressible couple faced along the way. And the results are wonderful – warm, funny, sad and often completely unexpected.

This is a tender film, but it still packs one hell of an emotional punch, offering rich insights into the complexities of gender identity and the fraught emotions that come with impending parenthood. But perhaps more than anything, it is the story of one truly incredible family.

Jason will be joining us after the screening for a Q&A.