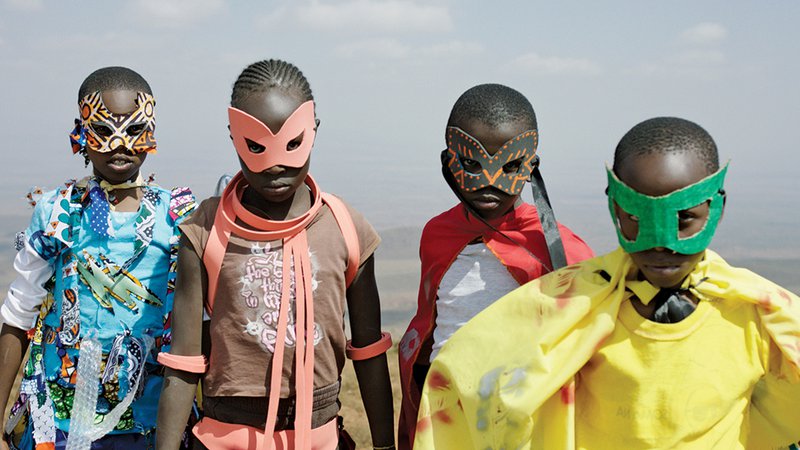 A collaboration with Afrika Eye and Come the Revolution

Jo, a witty 9-year old terminally ill girl is taken back to her rural village to live out the rest of her short life. Her only comfort during these dull times are her dreams of being a Superhero, which prove to be something her rebellious teenage sister Mwix, overprotective mother Kathryn and the entire village of Maweni think they can fulfil.

The story idea for Supa Modo was first introduced to the Producers of One Fine Day Films and Ginger Ink by Likarion Wainaina in January 2017 during a script development workshop. Four writers, namely Mugambi Nthiga, Silas Miami, Wanjeri Gakuru and Kamau Wandung’u, successfully took on the challenge to come up with a script that was to be shot just five months later in July 2017.

This screening will be followed by writer Wanjeri Gakuru in conversation with Come the Revolution’s Liz Chege.

Wanjeri Gakuru is a freelance journalist, essayist and filmmaker living and working in Nairobi. Wanjeri co-wrote both Supa Modo and the pilot of TV drama series Country Queen (2019-). Her directorial debut, the mockumentary short film, Get Laid is scheduled for a Kenyan release late summer 2019.  In 2018, Wanjeri was appointed Managing Editor of Pan-African writers’ collective, Jalada Africa for who she served as Festival Producer during the Collective’s inaugural Jalada Mobile Literary and Arts Festival covering Kenya, Uganda, Tanzania, DRC and Rwanda (2017).

In partnership with Afrika Eye & Come the Revolution.