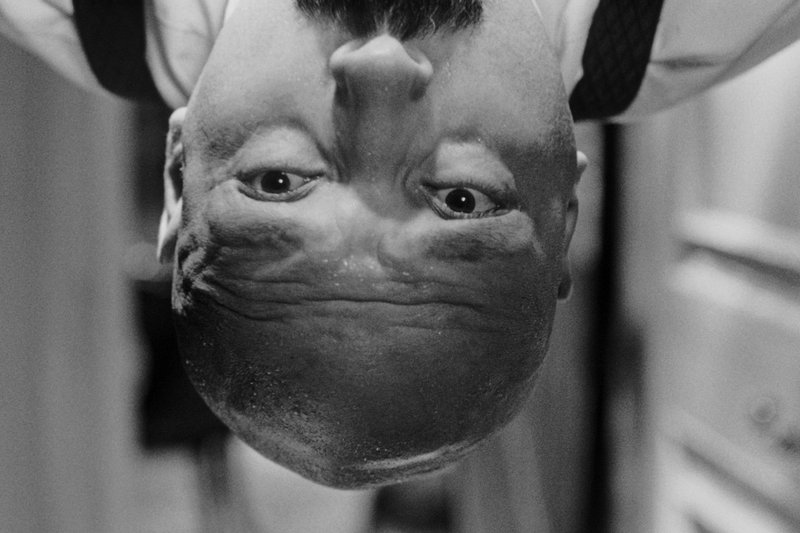 "The time is 1953, the place is Moscow; the Jewish purges are still on, and Stalin is on his deathbed. When General Yuri Glinsky, a military surgeon, tries to escape, he is abducted, taken to the lowest rungs of hell, and deposited at the heart of the enigma. Alexei Guerman’s deeply personal penultimate film is a work of solid and constant disorientation, masterfully orchestrated. Enigmatic phrases, sounds, gestures, and micro-events pass before our eyes and ears before we or the alternately jumpy and exhausted characters can make sense of them. Guerman’s lustrous black and white images and meticulously constructed soundscape are permeated with the feel of life in a totalitarian society, where something monumental is underway but no one knows precisely what or when or how it will break." – Film Society of Lincoln Center

Notes on the restoration: The original 35mm fine grain positive was scanned in 2K resolution on an Arriscan at Eclair, Paris. The film was graded and restored at Dragon DI, Wales. Restoration supervised by James White, Arrow Films; restoration produced by Daniel Bird.

“Khrustalyov, My Car! is relentless and overpowering, yet the film is often poetic in its blend of pathos, freneticism, surrealism and matter of factness” – Time Out

“One of the most disturbing Russian films of all time, it provides the audience with a first-hand experience of the madness, paranoia and absurdity that pervaded Moscow during the final days of Stalin’s regime” – Senses of Cinema

“In this snowbound fever dream, beauty and anarchic humour co-exist with horror” – The Wall Street Journal

“A triumph! Aleksey German’s dizzying, dazzling drama resembles nothing else in cinema – although if Fellini, Tarkovsky and Tati had pooled resources to update a Gogol story, they might  have matched it!” – The Guardian

NB this screening was originally scheduled for 29th January 2019. All tickets from the cancelled screening on the 29th have been transferred automatically to this date.  If you would like a refund/exchange please contact us via the email given on the original e-ticket.