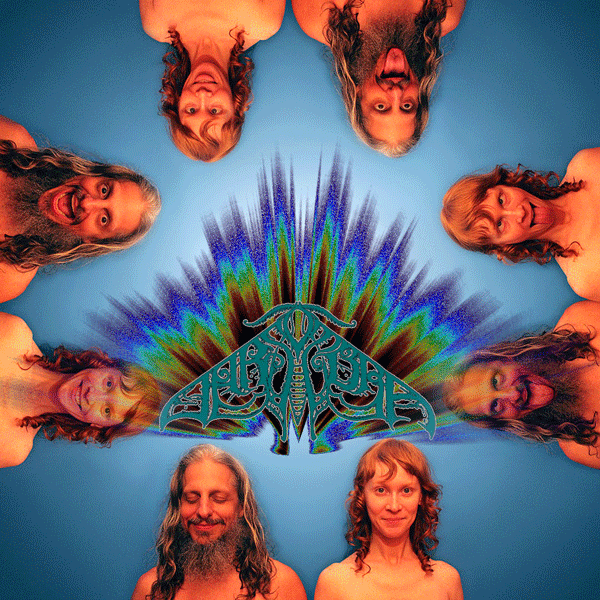 Wizzarding Promotions And The Cube Present

Prolifically touring for well over a decade, Darsombra has performed throughout North America, Asia, and Europe, at music venues, dive bars, house shows, galleries, festivals, city ruins, and storage units, as well as their legendary pop-up generator shows at national monuments or just by the side of the road.

Following releases on At A Loss, Public Guilt, and Exile on Mainstream, Darsombra most recently worked with Translation Loss and Sonic Meditations for their 2016 release, "Polyvision."

"If you’re of the belief that sonic resonance can affect those who experience it on a spiritual level, I can only recommend you open your mind as wide as (possible) and go see Darsombra. There are few live acts who so clearly revel in the process of what they’re creating on stage and presenting what they have created. . . it’s hard not to be swept up in that joy as it hits in swells and waves of drone and experimentalist guitar, keys, percussion, vocals, and visuals."
- JJ Koczan - The Obelisk

". . . the perfect soundtrack to being transported either bodily or mentally to another world, to be immersed into another culture, another civilization . . . sounds and experiences that could be described as beyond this world."
- Luke Hayhurst - Destructive Music

". . . the sound of a slow ascension towards a higher elevation, if not a higher state of consciousness."
- Ray Van Horn, Jr. - Blabbermouth

"Despite their clear psych trappings and nods to the likes of Hawkwind and Magma, Darsombra's sound is modern and tuned-in, a perfectly interlocked web of visuals and electronic sounds, exploratory and grasping toward transcendence."
Matthew Moyer - Orlando Weekly

"With a unique sonic blueprint, Darsombra achieve the sheer transcendence and intensity that most drone acts can only dream of with an enviable effortlessness . . . aims skyward, reaching for a celestial warmth, while skillfully implying a myriad of other textures and emotions en route. The sheer evocative power of the music is huge . . . feels like a psyched-out soundtrack to the Earth’s formation and evolution of complex life in slow motion – majestic and utterly vast."
- George Leeming - The Sleeping Shaman

"I encourage you to clap on a pair of headphones, close your eyes, and let Darsombra coax you away into a kinder, brighter, trippier plane of existence."
Kim Kelly - NOISEY

Moon Goose has crawled out of the primal swamp and taken a good look around. The resulting bird has flapped madly around a barn with a load of guitars strapped to one wing and a synthesizer on the other, while it flies repeatedly into some drums. Made out of bits of comet and whalebone, the music that people are already calling ‘epic’ and ‘unlistenable’ throws a jagged beam of light in the growing darkness, to reveal some people using a barn as a giant amplifier. Duchamp put a toilet in an art gallery. Moon goose put music in a bag and shook it around until it was in bits, poured the bits out, and set fire to them. It’s the sound of a dragon colliding with an asteroid. If you enjoy things like gneiss, rare cheese, and strange ideas followed through to an illogical conclusion, you’ll love Moon Goose.

"The soundtrack to a runaway space train hurtling through unnamed interstellar stations. It is quite brilliant" - From the Margins North Wales

"I feel genuinely expanded my consciousness has been raised " - " that was dead dead good " Adam Walton, BBC Radio Wales

"I definitely enjoy the music - there’s something a little bit medieval / a little bit middle Earth about it" - Bethan Elfyn, BBC Radio Wales

Hellfire DJ's will be spinning exotic tunes in the bar.

£more on the door