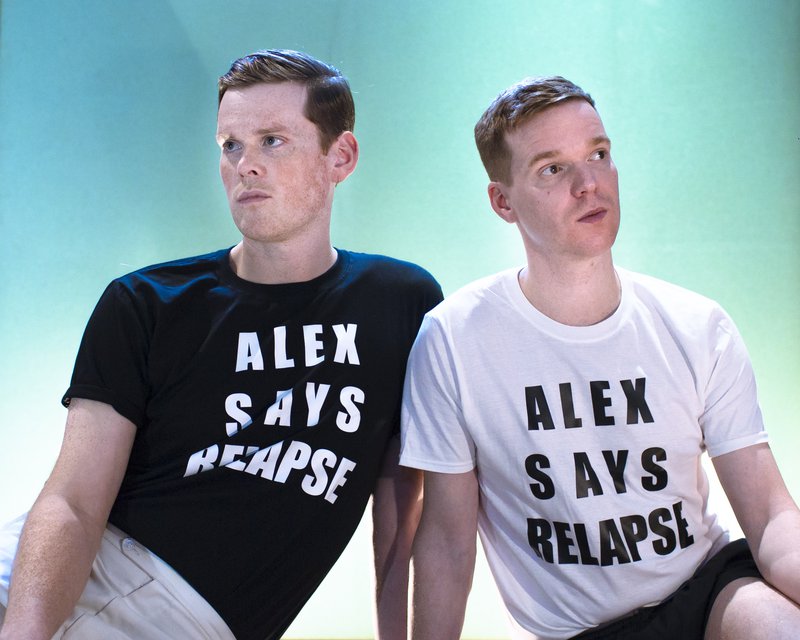 It's impossible to describe Alex Neilson's sophomore solo album Otterburn without first addressing the cataclysmic event that led up to it. On the 29th of April 2017, Alex's brother Alastair died peacefully and unexpectedly in his sleep on his canal boat in Leeds. The youngest of three boys, Alastair embodied all his family's best qualities and was a charming and spontaneous friend to anyone lucky enough to cross his path.

The trope that heartbreak yields an artist's best work is a tired one, but what of bereavement?

Grief is a complex monster. For those skilled at building songs, it can provide a new set of tools and floor plans. Would this album have been the same without the trauma Alex experienced? Undoubtedly not. Otterburn heaves with despair, but brings with it too an idiosyncratic sense of the comic. Gallows humour seems too mild a term when Neilson croons: "The clouds disperse / Without priority or care / He's gone they seem to say / But knock once if you're still there".

But there are other kinds of sorrow here too.

The Frankenstein'd child of Roots-era Everly Brothers and The Rocky Horror Picture Show,

'Amy, May I?' is a genre-bending paean to masochistic love. It foregrounds some supremely wigged-out guitar from Stevie Jackson (Belle & Sebastian), while Neilson eschews his signature breathy, meanderingvocal style for something altogether more strapping, barking the line: "You came on like a nervous reaction / My teeth get hard and my dick starts chattering...". Other highlights include the title track (a bucolic elegy to Alastair's canal boat), 'The Cruel Rule' (Diazepam Dylan) 'Master' (a dirge-like waltz that's the lyrical equivalent of a game of musical chairs on the Titanic), and the heartrending album closer 'Smoke and Memory'.

Otterburn reunites Alex with a couple of his Trembling Bells band mates; Lavinia Blackwall – her voice as true as church bells – and Mike Hastings – who is reaching Brian Jones levels of multi-instrumentalist brilliance. But this is a very different beast to the Bells. Otterburn has an ad-hoc intimacy and ability to make the epic seem small and the small seem epic that pitches it closer to Desire-era Dylan than Folk Rock aristocracy. The rest of the assembled company (Alasdair Roberts, Dave McGowan, Rory Haye et al) are among Scotland's finest.

Forged in pain and made in Glasgow, making a very decent case for the old adage about the cream rising to the top. Lap it up.

THE SILVER FIELD, aka Coral Rose, has announced details of her début album, Rooms, out on Tim Burgess’ O Genesis Recordings.

Rooms was recorded in Coral Rose’s bedroom and on the album instruments such as the double bass, cello, guitar, mandolin, harmonium and a bagpipe chanter form loops and layers, her father’s old SPX-90 drenching the rich sounds in delays and reverbs. Rooms is the perfect introduction to the sound world of Coral Rose and friends: the EVI (electronic valve instrument, a breath controlled analogue synth) is introduced on the opening track, ‘Afire’, via Cathy Lucas (Vanishing Twin), and Kiran Bhatt (Red River Dialect) drums on ‘Rain’. ‘Rain’, described by The Quietus as “a delicate and pleasing creature” earlier this year, has already had support from BBC 6Music’s Mary Ann Hobbs.

Rooms follows recent releases on O Genesis by Daniel O’Sullivan (VELD) and Richard Youngs (Belief), and like O’Sullivan and Youngs, whose albums are very much tied to a place – the home, whether through themes or creation – in this case, The Silver Field’s Rooms is focused on leaving a home behind, both physically and emotionally.

The home that Coral Rose feels she's leaving behind on Rooms is an old sense of self – encountering herself as an adult and more specifically, a human being. She explains, “This plays out through the metaphor of leaving a house behind – a house of the stuff that builds up around you as you grow up – leaving that behind to make your own decisions about how to live. The last track, ‘Rooms’, is just a little snippet but to me it’s a moment of looking back, seeing it all in a new light with a different perspective from outside, seeing all the feelings and meanings that were once so all-encompassing as something different – as just part of the landscape.”

This kind of liberation often comes with a sense of loss and this is felt keenly on ‘Rosebud’, a collaged piece, which she explains “is like a moment of everything falling apart or burning down, those screeches to me sound like beams breaking”. Elsewhere on the album, Coral Rose’s imagery depicts a dreamlike world, the album takes inspiration from both Rose’s own dreams, and the underwater landscape of waking dreams.

The artwork, created by Coral Rose, shows the artist’s connection with the landscape around her and on the cover, a particular home that she inhabited. Painted in North Wales, the front cover painting shows the artist’s view through a window, looking outwards to the rain and light while the inside sleeve artworks are polaroid photographs – multiple exposures of the setting sun through clouds.

Analogue processes flow throughout the album – several tracks on the album have a tape loop forming the spine of the song, and, explains Coral Rose, “the unpredictability of using a loop of tape rather than dragging something about on screen means sometimes something some little part of it becomes this perfect loop that I never would have heard if I was trying to compose something from the recordings myself.” The reel-to-reel player was found at a car boot sale: “the guy gave it me for £1 – it was the last change I had on me – because I got talking to him about Daphne Oram. It wasn’t in great shape and I kind of nursed it back to life. It had extra character because of that though, I think, a lot of the songs on the album aren’t in concert pitch because it tended to speed things up or slow things down, and often added strange sounds into the mix like the bass wobble in ‘Gost’.”

'A band of one man. Sad/happy songs about love and the confusion of the cosmos. Place, memory, nature, loss and dreamed of landscapes all come together here. Michael Anguish is the nom de guerre of Michael Angus- founding member of Glasgow folk rock heroes Foxface. A gifted guitarist and singer of tenderisingly sad songs with an emotional range and raw inventiveness. In band form he plays with pedal steel guitar, flute and synths to create melancholic visions of love and loss. Imagine Robbie Basho meets the Shins. Solo, he makes ethereal drones with dark pop sensibilities. A dancing diamond shines through the heartache.'