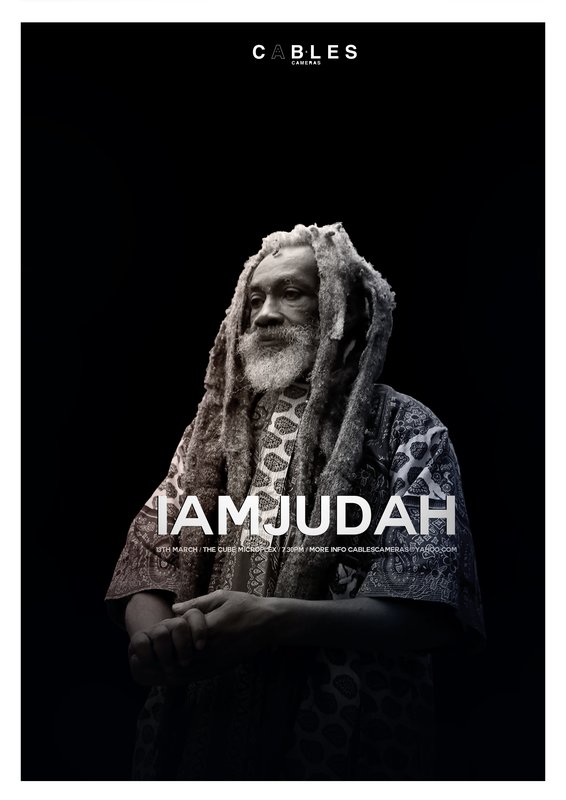 I Am Judah preview + films + discussion

Cables&Cameras is back for 2019 to showcase work from Bristol’s Black, Asian and Minority Ethnic (BAME) filmmaking community. The evening includes an exclusive trailer preview of the important, independent, documentary-in-the-making: ‘I Am Judah’ PLUS a special selection of short films

A combination of factual story-telling, cinematic artistry and spoken word, ‘I Am Judah’ focuses on the experiences of well-respected Bristolian elder, Ras Judah and the infamous taser incident which has had a profound effect on his life.

The event is a chance to see unseen footage from the film-in-the-making. A panel discussion hosted by Adam Murray (Come the Revolution) will follow the trailer screening with the team behind the film including director Bashart Malik and poet Lawrence Hoo.

Identity Matters is a series of portraits accompanied by a short film aiming to shatter stereotypical views surrounding young people of colour in the UK. Highlighting the importance of history and heritage as foundations for knowledge of self. As seen on BBC Bristol and MANDEM

‘Boys Like Us’ is the direct result of and response to Mikael’s past experiences, thoughts and feelings. The film spans place and time, connecting life events to a broader picture of identity and race. By charting his course of growth and awareness with this film, Mikael has created both an acknowledgement of the past and a documentation of the present, shedding light on issues surrounding his identity combined with the experiences of others he holds dear.

‘Boys Like Us’ is a message to everyone, regardless of background.

Three Young Men on a Bench is an experimental micro-short that examines the rules that come alongside the performance of black masculinity in a rural setting through the abstract recreation of an old family photograph.

Ghost of Haiti takes place in a purgatory France.

To get in touch and to submit a film please contact cablescameras@yahoo.com