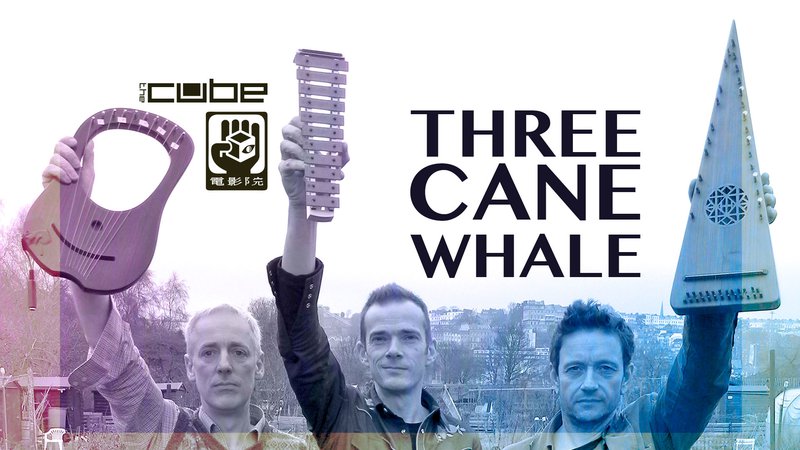 Three Cane Whale is a multi-instrumental acoustic chamber-folk trio based in Bristol, UK. As intricate as a team of watchmakers, as spare as a mountain stream, uplifting and elegiac in equal measure, their music encompasses both a cinematic sweep and an intimate delicacy, in which “the aroma of muddy leaves and old nettles is almost tangible” (The Observer). 'At The Pictures' sees the band performing live to twelve brand new short films created by thirteen filmmakers & visual artists in response to 3CW tunes of their choice - including cutting-edge animations, lo-fi shadow-puppetry, alfresco contemporary dance, and slowly shifting landscapes from Cornwall to the Lofoten Islands.