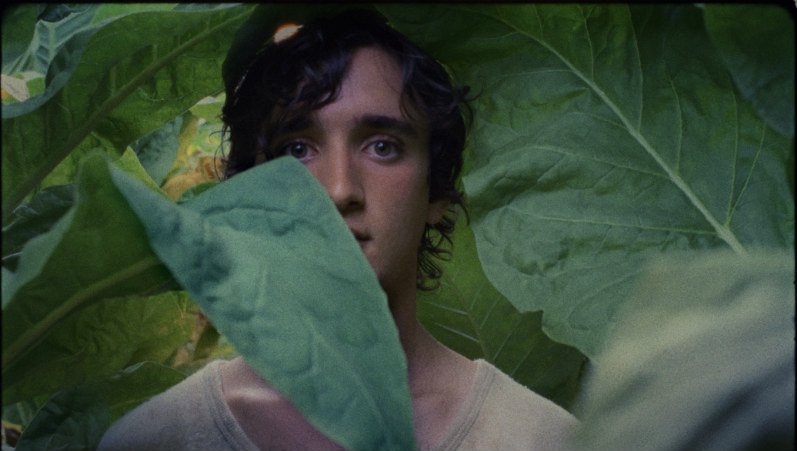 Alice Rohrwacher follows The Wonders with a delightfully singular time and genre-bending rumination on the fate of innocence when faced with corruption and greed.

Lazzaro (Adriano Tardiolo) is a beautiful peasant whose sweet nature finds people mistaking him for simple-minded – happily doing the bidding of anyone in his local village. An insular community, the village is ruled over by the Cruella-esque Marchesa (Nicoletta Braschi) who hasn’t let on that sharecropping is no longer legal. Set apart from the world by a bridge that no one can be bothered to fix, life here looks like it is unfolding a century ago, save for the odd Walkman and 1990s-era dance music. Lazzaro finds an unlikely friend in the Marchesa’s petulant, bleach-blonde son Tancredi (Tommaso Ragno), who convinces his hapless ally to help him stage his fake kidnapping to steal the ransom from his loathed mother. But their plans are soon derailed.

Working again with cinematographer Hélène Louvart and shooting on lustrous 16mm, Rohrwacher concocts a trippy brew of Italian class struggle, folk tales, biblical allegory, pop culture references and a rich vein in cinema history. (There are echoes of Pasolini, Jarman and Fellini in terms of theme and the film’s anarchic style.) Rohrwacher deservedly shared the Best Screenplay award at Cannes for this kaleidoscopic work; like any gem, hold it up to the light and you’ll see something different each time.

★★★★ “The Italian fable that will leave you smiling”  Total Film