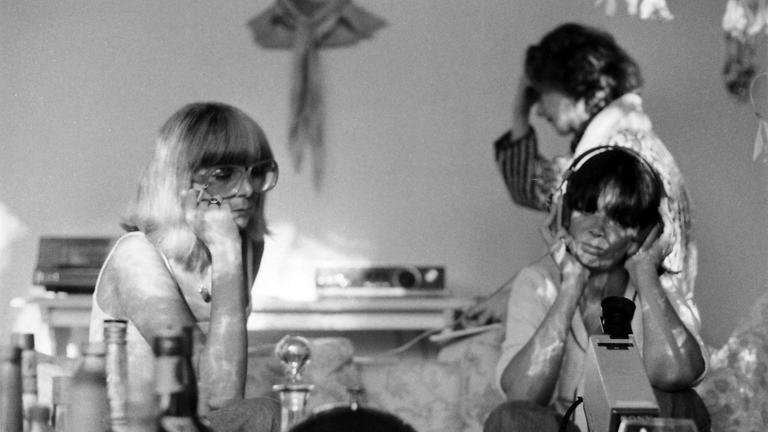 Be Pretty and Shut Up!

One of the most iconic actresses of the 20th century and an ardent feminist who worked almost exclusively with female directors late in her career, Delphine Seyrig’s work behind the camera has largely been ignored. As the use of newly portable video technology rose in the 1970's Seyrig began to make her own feminist works together with fellow filmmaker and activist Carole Roussopoulos.

In 1975 and 1976 Delphine interviewed 24 female actors in France and the United States – including Juliet Berto, Ellen Burstyn, Jane Fonda, Viva, Shirley MacLaine and Maria Schneider – about their experience across the industry, asking them questions such as “If you’d been a man, would you still have chosen to become an actor?” or “Have you ever acted in a scene with another woman and if so, was her role that of a competitor or a confidante?” (a decade before the Bechdel Test was conceived). Through their words, Seyrig reveals the frustrations of working within the patriarchal studio system that offers a stereotypical and reductive view of women through unimaginative and regressive roles, which are still very much apparent today. The expectation to 'be pretty and shut up' is not new, nor has it disappeared since these interviews were recorded over 40 years ago.

‘The interviews are from 1975. Of course, the stories these film actresses tell also say something about me. For me, video is a kind of revenge against my profession. The videotapes show the extent to which the whole film industry is controlled by men. In my profession, others make decisions on my behalf. It is especially hard for a woman to assert herself here. Films cost lots of money; videotapes allow for real conversations that can last half an hour or more. Our reality (as an actress) surpasses what anyone can imagine. My hope for SOIS BELLE ET TAIS-TOI ! is that something in cinema changes between the female viewers and the actresses.’ (Delphine Seyrig)

With thanks to The Audiovisual Centre Simone de Beauvoir created in 1982 by Carole Roussopoulos, Delphine Seyrig and Ioana Wieder. These three feminist activists, all involved in the video practice, put at the heart of their objectives the conservation and creation of audio-visual documents that were then recorded concerning the history of women, their rights, their struggles and their creations.

Online tickets are on sale until 4 hours before the film start time. In house box office opens 30 mins before film starts.