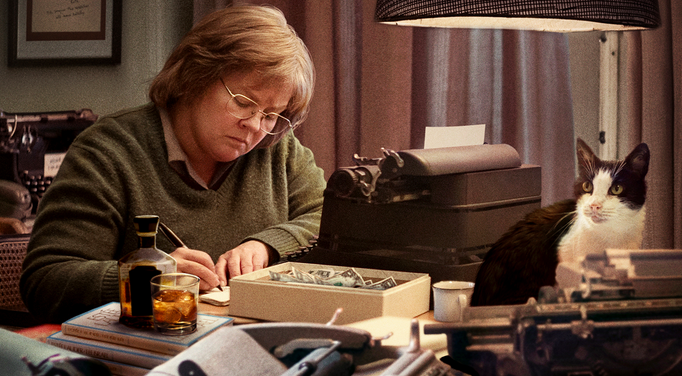 Can You Ever Forgive Me?

Melissa McCarthy stars as Lee, the best-selling celebrity biographer (and cat lover) who made her living in the 1970’s and 80’s profiling the likes of Katharine Hepburn, Tallulah Bankhead, Estée Lauder and journalist Dorothy Kilgallen.  When she found herself unable to get published because she had fallen out of step with the marketplace, she turned her art form to deception, abetted by her loyal friend Jack (Richard E. Grant).

While McCarthy and Grant have been deservedly nominated for a bunch of acting awards for their roles as the "difficult woman" Lee and her roguish drinking buddy, we can't go without mentioning Towne who plays Israel's cat Jersey. Marielle Heller has described him as the "Marlon Brando of Cats".