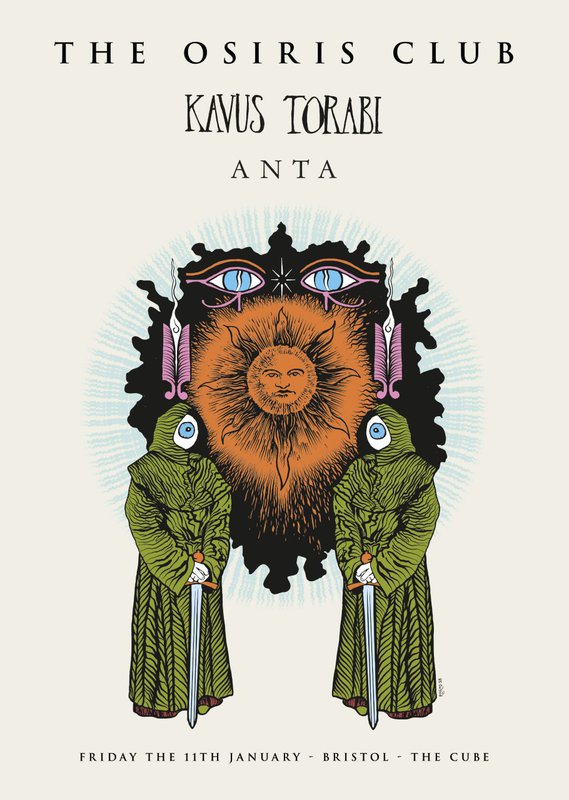 The Osiris Club with Kavus

Support from the mighty ANTA

Originally an instrumental band fusing horror movie soundtracks with avant-metal. They then were inspired by 1970s prog, 1980s post-punk and 90s extreme rock and created a unique, but very British sound. On their sophomore album 'The Wine-Dark Sea', London's The Osiris Club follow on from their 2014 Indie Recordings début The Blazing World, still encompassing the worlds of progressive rock, metal and post-punk. Inspired equally by comic books and horror fiction, the nine tracks that comprise the new album are a darkly psychedelic journey into sound.

Massively excited to have this musician with us.  As a member of The Cardiacs, Gong, The Monsoon Bassoon, Guapo, and of course Knifeworld, his bands are beloved by Cube members.  Tonight he will be playing, amongst others, cuts from his new Solar Divination EP.  We welcome the king of psychedelic, avant-garde rock.

Cube favourites ANTA return after what seems like an age to sonically destroy the stage.  Expect big riffs, a wall of sound, and a huge gong!

Tickets bought for the previous show are all still valid.