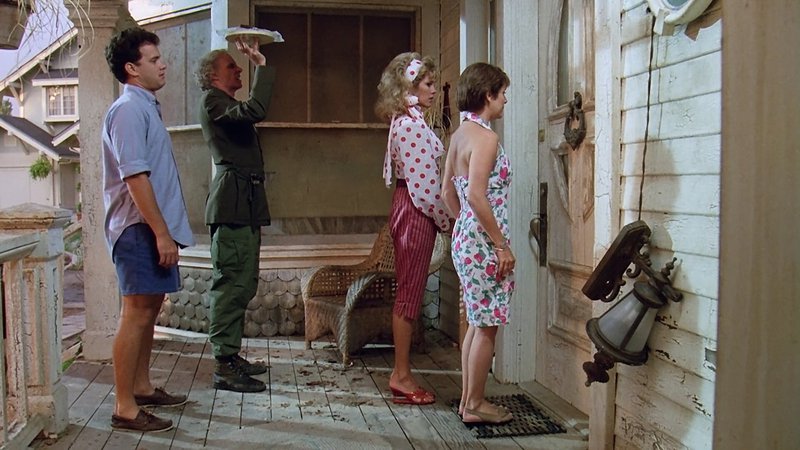 Treading similar ground to David Lynch's 1986 film Blue Velvet though in a markedly different tone, Joe Dante's riff on suburban dysfunction is an unhinged summertime delight. Tom Hanks gives one of his best comic performances as Ray Peterson, a man spurred into increasingly irrational action by his manic and paranoid neighbours, who have collectively become convinced the new arrivals to the neighbourhood are Satanic psychopaths. With a stellar supporting cast (including Bruce Dern, Dick Miller and Carrie Fisher) it has the anarchy of Gremlins and the bite of The Howling.