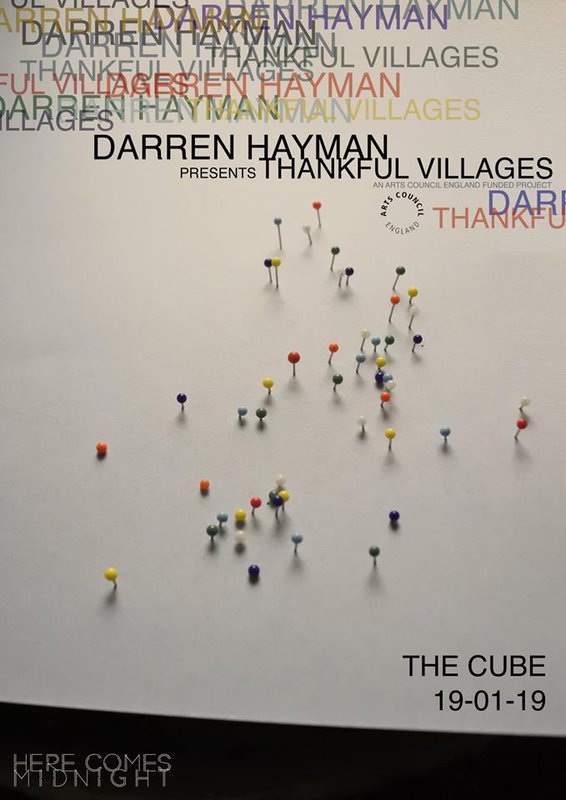 Thankful Villages are the 54 villages in England & Wales who sent soldiers off to World War One, who then all returned alive.

Darren Hayman visited each of the 54 Thankful Villages and has made a piece of music and a short film for every one focussing on village life. Some take the form of instrumentals inspired by location, some are interviews with village residents set to music, others are new songs with lyrics or found local traditional songs.

The songs only rarely deal directly with The Great War, Thankful Villages is a random device to choose small locations and explore aspects of community and history. The work is inspired, written and recorded in situ with some post-production added at Darren's home in London.

The third volume of this Thankful Villages project is released on the 100th Anniversary of the end of WW1 & we're excited to see this full band show showcasing tracks and films from all three volumes.