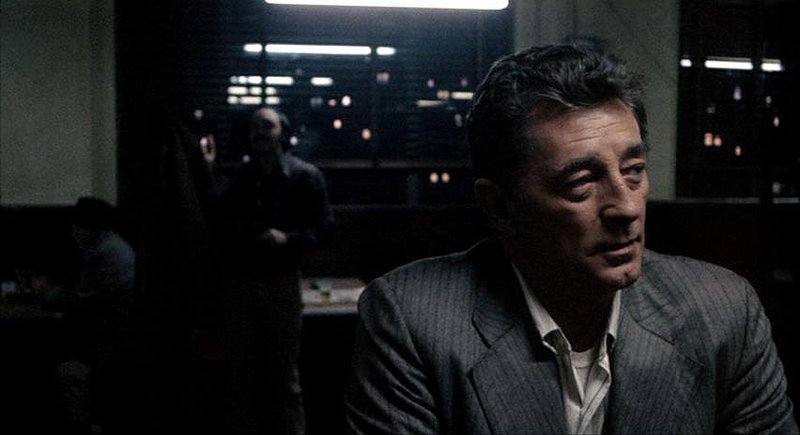 The Friends of Eddie Coyle

Eddie Coyle (Robert Mitchum), a world-weary low-level gunrunner in Boston, is awaiting sentencing for his involvement in a truck hijacking organized by Dillon (Peter Boyle), a bartender with connections to a local crime syndicate. Faced with the prospect of spending the rest of his life behind bars he is offered the chance to become a police informer, in particular to help with the capture of a violent gang which has been conducting a series of brazen bank robberies. But can Eddie truly trust anyone’s words – even those of the authorities – in this seedy world of deceit and Janus-faced loyalties?

In bringing what Elmore Leonard described as “the best crime novel ever written” to the screen, director Peter Yates (Bullitt, Breaking Away) crafted a spare, unsentimental examination of the bottom rungs of the underworld, and one with a keen eye for the grimier side of its New England setting. Featuring heist sequences which come closer to Jean-Pierre Melville’s minimalist policiers than anything Hollywood had seen before, and boasting very arguably the greatest performance in the second half of Robert Mitchum’s Hollywood career, this is one of the defining American crime dramas of the 1970s.