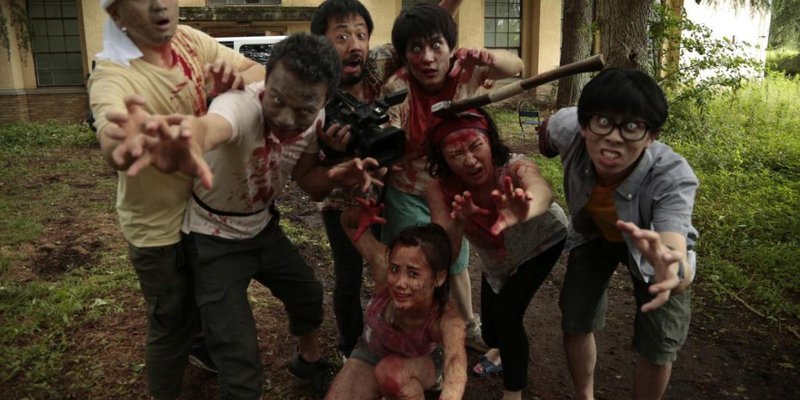 One Cut of the Dead

A film crew is shooting a zombie horror flick in an abandoned water filtration plant, allegedly used for human experiments by the military. Just as the director browbeats his actors and demands more special effects blood, a real zombie apocalypse erupts, much to his auteur delight. Packed with meta-movie references as mocking as they are loving, this relentless takedown of the Living Dead genre is a total blast.

Don't miss out on the chance to see the biggest Japanese film of 2018! Made for just $27,000 with $0 spend on advertising but through word of mouth alone is already has taken a box office of $30 million.

“not only the best zombie comedy in years, but it’s also the best movie about indie film-making in decades.” FilmSchoolRejects

“The Best Zombie Comedy Since ‘Shaun of the Dead” Indiewire

“I’ve never seen anything quite like ONE CUT OF THE DEAD. A sublime, almost religious, experience that reminds me why I love movies.” – ScreenAnarchy