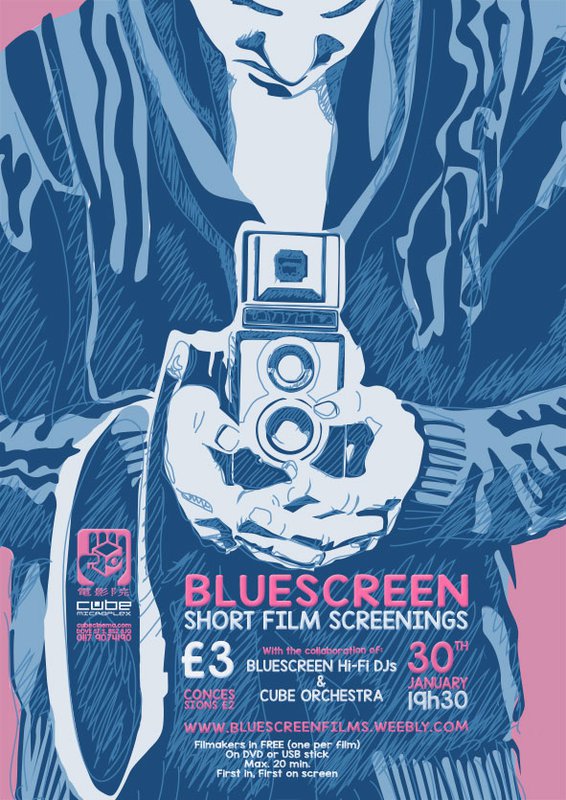 Bluescreen's first screening of 2019, in what will be their 18th year of Screening Short Films at the Cube Cinema!

Note: On very busy nights it may be the case that we are only able to show only one of your films but generally we screen everything that is brought in to us.

PLUS we have Bluescreen Hi-Fi DJing in the Bar, Cube Orchestra film re-scores and, if time, some classic shorts from the Bluescreen Archives.