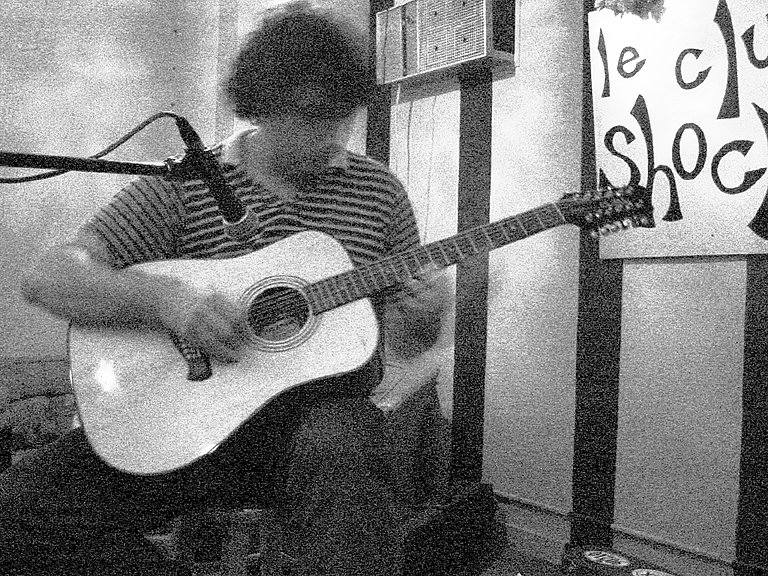 An evening in the company of Jack Rose, one of the few heirs to the solo folk guitar tradition paved by John Fahey and the young but legendary free, punk, jazz, folk-bastard-groove drummer, Chris Corsano.

Jack Rose is a member of the pivotal psych group Pelt and Dr. Ragtime. His last tour of the UK was the incredibly well received tour with Glenn Jones (Cul de Sac) in 2004. Since then he has released Kensington Blues - an inspired mix of styles and sounds - and played with Josephine Foster, Earth and Marissa Nadler. This is Rose's most diverse outing by far, with straight ragtime, heavy 12-string, and that sweet, sweet Weissenborn lap guitar all checking in. He is more than a traditionalist as he transfigures the raga into a kind of dream music, folk into a deep Listening experience and blues to a minimalist freak out. Pure spirit lifting musick.

Chris Corsano provides a solo drum show with no parallel, known to expose the audience to sounds, rhythms and explosive propulsion that defy normality. Recently he has toured with the more than enigmatic Jandek, Wally Shoup, Tony Conrad and Kim Gordon as well as appearing on the last Six Organs Of Admittance record on Drag City. He has gained a well-earned reputation as one of the best drummers around. Equally at home with intense kinetic explosions of energy and concentrated near-silence, he effortlessly flows from one idea to the next, always sympatico with the space.