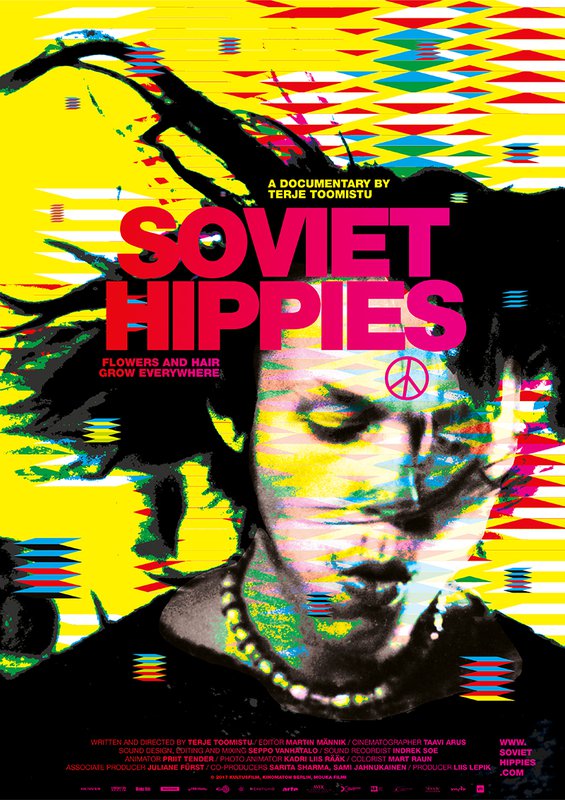 Vladimir Wiedemann is a protagonist of the film, he is a writer and a mystique who followed the Soviet hippie guru Michael Tamm.

Soviet Hippies (2017) a research driven documentary by Terje Toomistu, an anthropological insight about the little known hippie movement in Soviet Union, produced in Estonia in collaboration with Germany and Finland. The film reveals unseen archives, incredible music from the Soviet underground, psychedelic animations, vivid editing and, of course, the historical story of the vast yet unknown movement.

The film has been circulating at nearly 30 film festivals globally and has won several awards and mentions.

A wild flower power ride on the footprints of the Soviet hippie movement take you into the psychedelic underground of 1970s. In search of freedom and happiness under the thumb of political regimes a colourful crowd of artists, musicians, freaks, vagabonds and other long-haired drop-outs created their own system in the Soviet Union. Years later, a group of eccentric hippies from Estonia take a road journey to Moscow where people still gather annually on the 1st of June to commemorate a tragic event in 1971, when thousands of hippies were arrested by the KGB.

More on the film and selected media: www.soviethippies.com