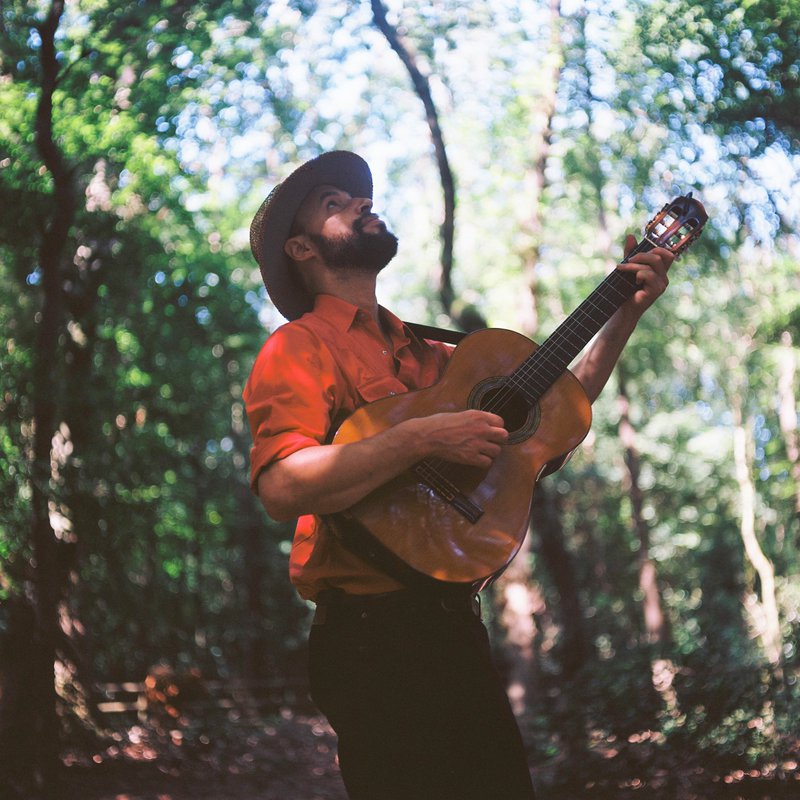 Snails songwriter and frontman Dan Weltman releases his new solo album, Rivers In My Mind, a stark but affirming meditation on love and loss across nine chapters. Rivers... branches away from his band's quicksilver psych-pop into darker emotional terrain while retaining the same gift for a melody that seeds and blooms in the listener's memory.

A deeply personal and at times emotionally raw album, its nine songs emerged from early-pandemic, coinciding with a relocation to the Devon countryside - also amid the final throes of a faltering relationship. Having turned to songwriting for sanity, it charts a journey deeper towards an unexpected calm and solidity at the very centre of grief, while the personal and social is crumbling all around.

Eva May is a songwriter from Bristol. Having grown up writing songs on the piano and singing in choirs, her music encompasses memories while also balancing emotions of fear and hopefulness. Often inspired by nature and how music brings people together, Eva aims to write songs that are optimistic for a better future.