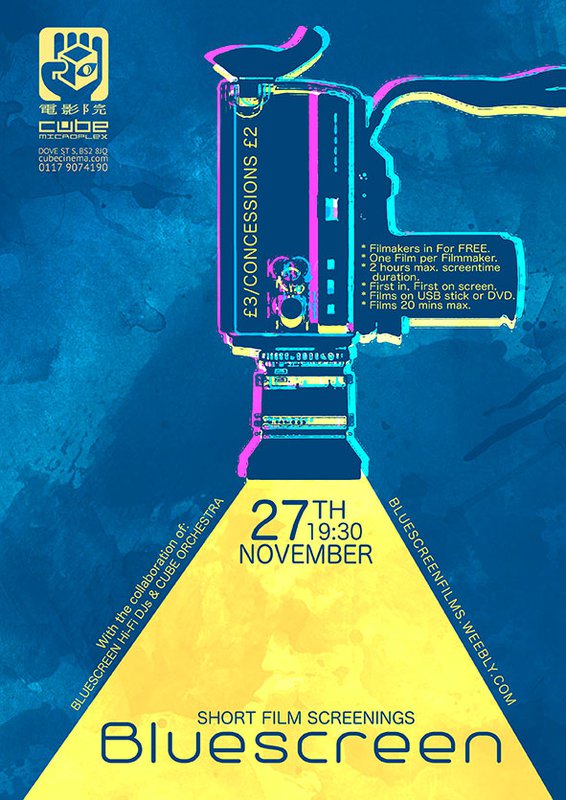 Welcome to the last Bluescreen of 2019!

And in true Bluescreen style expect another evening of a very eclectic mix of locally produced Short Films.

We are a 2 hours total screening duration event and with just one film per one filmmaker. This is to allow all films to be screened at a reasonable hour and also give the opportunity to the audience to stay and watch them to the end too.
SO WHAT WE ARE BASICALLY SAYING IS, IF YOU GOT A FILM, GET DOWN EARLY!

PLUS we have Bluescreen Hi-Fi DJing in the Bar, Cube Orchestra film re-scores and, if time, some classic shorts from the Bluescreen Archives. Films on screen after 8.00.