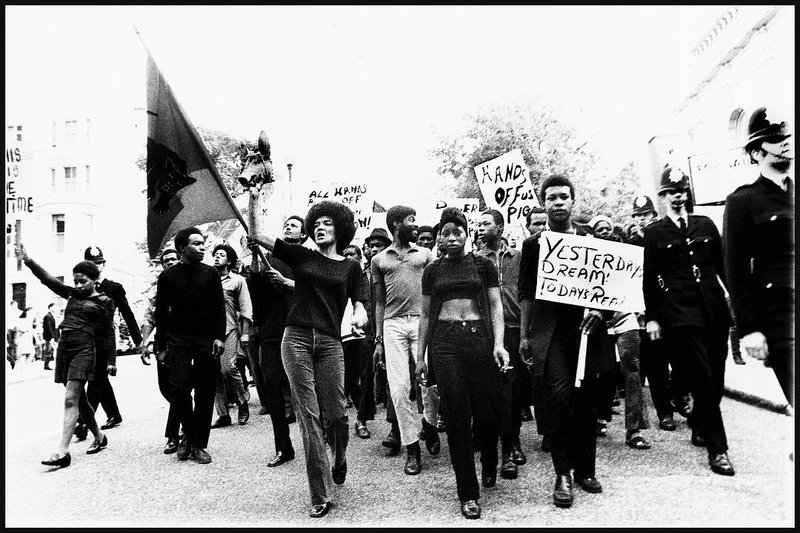 Tickets: Pay what you can, all money goes to Colston 4 Campaign

We are very excited to be presenting this online event in conjunction with Bristol Radical History Group where we have director of Black Power: a British Story of Resistance BAFTA-nominated documentary film-maker George Amponsah (The Hard Stop) in conversation with Rosie Wild, followed by a Q&A session. This is not a film screening, though the film is available to watch on BBC iplayer here: https://www.bbc.co.uk/programmes/m000tj50

The event is pay what you want with all takings going to the Colston 4 Campaign, please pay what you can afford (its also fine to come for free).

The recent highly acclaimed history documentary Black Power: a British Story of Resistance (Rogan Productions, 2021) tells the story of Britain’s homegrown Black Power movement from its roots in the British racism that faced the Windrush generation and their children to its heyday in the early 1970s. Featuring many former Black Power activists and rare footage from the time, it takes a fresh look at the movement’s achievements and shows the many ways in which Black people in Britain stood up to white racism.

More info on the campaign and other events here:
https://www.facebook.com/gladcolstonsgone
https://www.brh.org.uk/site/event-series/move-on-over-from-countering-colston-to-black-lives-matter/