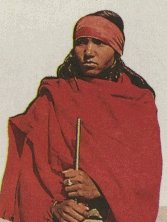 Outcast. Outlaw. Legend. Bandit Queen is based upon the true-life figure of Phoolan Devi, who had the misfortune to be born in India both as a woman and of low-caste; a position which automatically condemned her to a life of servitude. The events which follow are truly merciless, with rape followed by public humiliation and then even more rape. From such an onslaught of physical abuse it's remarkable that Phoolan survived, instead, her fight back against repression, fuelled by the white-hot rage of human suffering, into a struggle to rise above a culture determined to bring her down, in a bloody coup that electrified a nation - and transformed one woman's world forever. The film won the 1995 Filmfare Award for best film and best director as well as the Silver Lotus Award for best actress. Screened with the kind permission of Channel 4 Films.

Supported by a cast of short films. One not to miss!