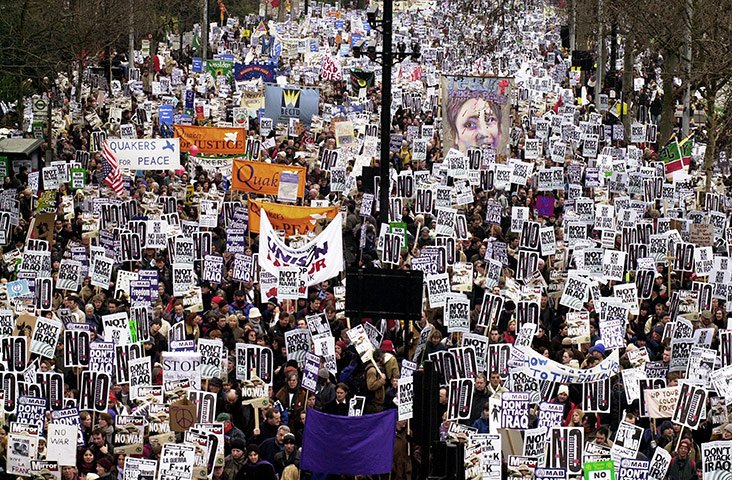 We Are Many is the story of 15th February 2003, when over 30 million people in over 800 cities across the world marched in demonstration against the Iraq War. How did this day come about? Who organised it? And was it, as many people claimed, a total failure?

Amir Amirani’s documentary charts the events and discourse that led to the day of protest, the biggest global demonstration ever, with first person testimonies from activists and first time demonstrators alike, and telling contributions from many of the key leading political and cultural figures of the time.

It is an inspiring story, about the power of modern communications to rally huge numbers of people around an old fashioned common cause, and one which provided a template for many of the epoch-defining popular protests of the last decade.

“incredibly ambitious... gripping. The only film I've ever watched where the audience started clapping halfway through...” ★★★★★ Huffington Post

"A work of beautiful rage. Provokes anger and goosebumps" ★★★★ Empire

“rousing and moving, it's a film that should be seen by the many” ★★★★ Radio Times